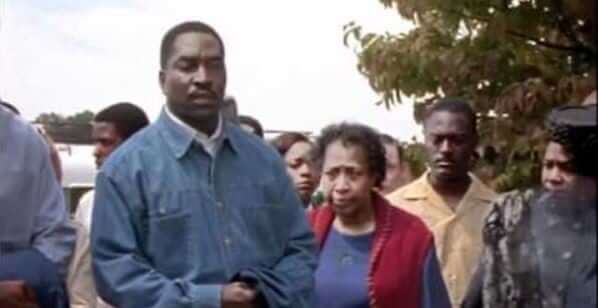 The Wonderful World of Disney, on January 17, 1999, aired a television move in honor of Martin Luther King’s birthday.  Selma, Lord Selma was set in 1965 Alabama at the time Dr. King’s visit. This 90 minute historical special portrays the epic events of the march from Selma to Montgomery, AL in March of 1965 -as experienced by 11 year old Sheyann Webb (Jurnee Smollett).

Bloody Sunday – the tele-film includes a depiction of this brutal historic event which took place on March 7, 1965.  Peaceful, unarmed protesters, marching for the right for African-Americans to vote, were stopped and attacked by Dallas County Sheriff Jim Clark, the State Police and the mob of over 21 white men deputized to stop the march.  Using tear gas and batons, the mob sent 17 of the 600 marchers to the hospital.  The attack was seen on national television and brought support for those seeking equality.  President Johnson denounced the violence and eventually sent a voting rights bill to Congress.  The Voting Rights Act of 1965 was signed into law that August. The film is based on the 1980 novel written by Sheyann Webb, Rachel West and Frank Sikora: Selma, Lord Selma: Girlhood Memories of the Civil-Rights Days. The Walt Disney Company’s Disney Movies web site summarizes the right-to-vote film: In 1965, during the turbulent early days of the right-to-vote movement, a young Alabama school girl is inspired by Dr. Martin Luther King Jr. to resist the degradation that her fellow African Americans are suffering. Along with a white seminary student from the north, and against the threat of racial violence, she promises to do what she can to help Dr. King’s efforts.

Selma, Lord, Selma and the original novel are both available on Amazon: