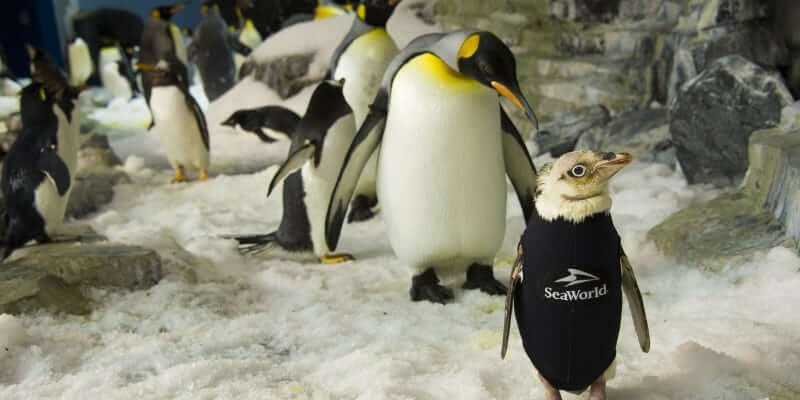 The female Adelie penguin at SeaWorld Orlando that reportedly suffered from “feather-loss” last year appears to have overcome the disorder. During her stay at SeaWorld, Wonder Twin (as the penguin is called), was given a custom made wetsuit by SeaWorld to help regulate the bird’s body temperature during her time of “nakedness.” However, as 2017 begins, Wonder Twin no longer has a need for the wetsuit due to a new coat of feathers having now grown in. “Feather-loss disorder” was first reported in Adelie penguins back in 2014 and reported in an Antarctic Science Journal that is published by Cambridge Press University. The disease was discovered within a wild population that inhabited Hope Bay in Antartica and only affected a very minor segment of the population–2 baby chicks within a population of approximately 14,000. One of the chicks died of the disease within days, and the other was not seen again after its initial inspection. It was assumed that the chick perished, accounting for the disappearance.  According to the article, the cause of the disorder is unknown; however, a bacteria or virus is suspected to be the root of it. It is also hypothesized in the paper that only immunocompromised birds are symptomatic and that the condition is not highly contagious. Wonder Twin’s story caught attention last fall as guests noticed the tiny bird running around the penguin exhibit in her wetsuit. Thankfully, it doesn’t appear as if she will share the same fate as the birds in the Cambridge study. With a new set of feathers, we are told that Wonder Twin is as active as she ever was in her park exhibit, but SeaWorld reports that should she ever need her wet suit again, it is being kept for future use.