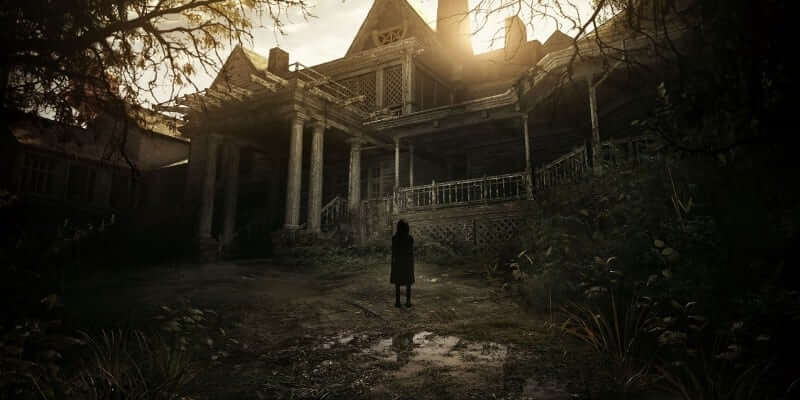 Putting together a survival horror video game can be a tricky thing. In order to achieve the proper tone, the developer must strike a delicate balance between playability, atmosphere, and of course general scariness. Fortunately the fine folks at Capcom have been setting the standard for the genre by delivering top-quality games in the “Resident Evil” series for over twenty years.

After 2012’s odd departure from that pattern “Resident Evil 6”, which was met with mixed reviews from both game critics and fans alike, Capcom has made its intentions clear that with the next iteration of the internationally-popular franchise, Resident Evil would be getting back to its terrifying roots.

As a pretty big fan of the series since its beginnings, I was very excited to hear that we might be getting another entry that could stand among some of the series’ earlier titles, quality-wise. And so I lined up this past Monday night at my local GameStop to pick up a copy of “Resident Evil 7: Biohazard” immediately upon its release. When I finally got around to playing the game today, I was not disappointed.

I’ve spent about six hours so far exploring the derelict Baker family mansion, the new primary location that often hearkens back in both scale and design to the Raccoon City abode that served as the setting for the very first game in the series. The story this time begins with new protagonist Ethan seeking out his missing wife Mia, whom he has tracked down to the backwoods of Louisiana.

When Ethan finds Mia held captive by the demented, seemingly-invulnerable family residing in the expansive house (with shades of both “Deliverance” and “Texas Chainsaw Massacre”) things naturally take a turn for the much, much worse. Ethan must do battle with the Bakers, who have apparently been infected by the titular “biohazard” (that in itself being a reference to the original Japanese title of all “Resident Evil” games).

“Resident Evil 7” starts off creepy and utilizes a much-appreciated slow burn before the action really ramps up. But once it does, players will find themselves fighting tooth-and-nail for their lives against a variety of baddies, including the incredibly menacing Baker patriarch and the bizarre creatures he’s keeping in the basement.

Naturally I’m only a fraction of the way through the full game so far, but as of yet there’s been no mention of the devious Umbrella Corporation or the viral outbreaks that caused the mayhem in so many of the series’ previous entries. I have to imagine this one will tie into the larger story at some point, for for now it’s really cool just to be lost in an unwelcome and deeply sinister environment, especially one that’s so intricate in its design.

Speaking of design, immersive world-building has always been one of the things that Resident Evil does best, and the newest game is no exception. The mansion and its surrounding grounds are richly detailed down to every last drop of blood on the floor and ominous claw mark on the wall. If I weren’t imminently concerned for my potential demise 95% of the time while playing the game, I’d get a kick out of simply walking around and admiring the scenery.

As I dive back in and finish the remainder of the game over the next week, I look forward to more encounters with the ghoulish Baker family, more of Resident Evil’s trademark puzzles, and more ingeniously playable expository flashbacks courtesy of VHS tapes Ethan finds scattered around the estate. I do want to forewarn longtime fans, however, that this is the first numbered game in the core RE franchise that employs a first-person perspective, as opposed to the third-person views of previous entries. This aspect can take a little getting used to, but in a way the gameplay feels even more enveloping because of it, and the game’s simultaneous release on VR platforms explains why that choice was made.

Bottom line: After an anomalous misstep last time around, Resident Evil has found its delightfully disturbing groove again, and I couldn’t be happier about it. “Resident Evil 7: Biohazard” is available now at retailers worldwide.