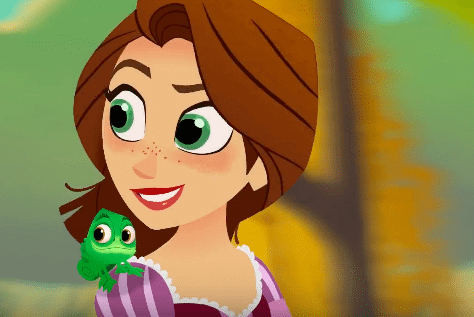 The new Disney Channel series, “Tangled: The Series,” is set to air this spring. But before it does, the Disney Channel plans to launch it with an original movie “Tangled: Before Ever After.” In this TV movie, viewers will be reintroduced to the characters of the franchise and have a few “hair-raising” questions answered (like why Rapunzel’s long, blonde hair is back after it has been permanently damaged in the big screen film, “Tangled“).

This will be the first time that an animated series on the network will be launched by a Disney Channel Original Movie, but it does seem necessary so that there is some explanation for the reappearance of Rapunzel’s “seventy feet of my father’s going to kill me.” Mandy Moore (Rapunzel), Zachary Levi (Eugene), and newcomer Eden Espinosa (Rapunzel’s handmaiden, Cassandra) all join to make the story complete.

“Tangled: Before Ever After” is slated to premiere on the Disney Channel in March. “Tangled: The Series” will follow later in the season.