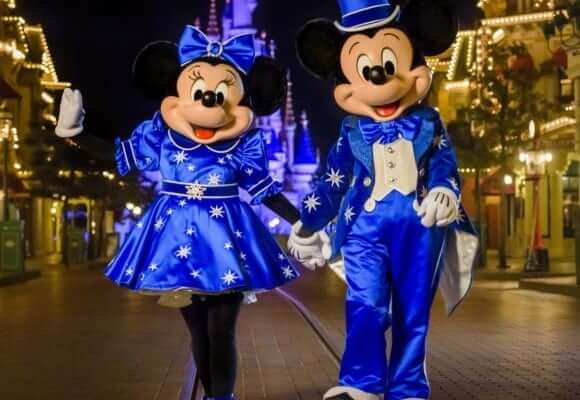 Disneyland Paris will be kicking ff their25th anniversary celebration on March 26th and Mickey and Minnie has debuted some new sparkly costumes just for the occasion. Mickey and Minnie are both outfitted in a royal blue color decorated with sparkly stars. Mickey is wearing a new top hat will Minnie received a new shiny blue bow.