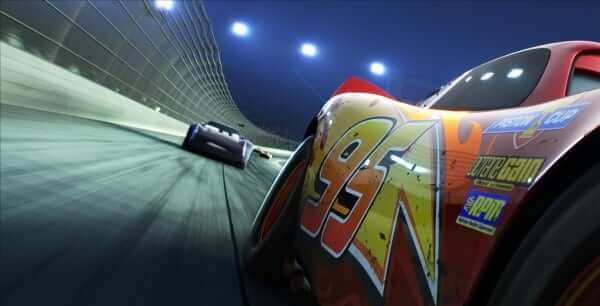 The release date for Cars 3 is quickly approaching, and it is time to meet the new contenders in this race. Drivers, start your engines because these are the latest images of the new characters from Disney-Pixar’s upcoming film. Jackson Storm (voiced by Armie Hammer) is the one turning heads in this film. He defines “black and blue” in such a way that other race cars feel like they have taken a beating just by looking at him. As a naturally engineered competitor, Storm emerges instantly as the villain of Cars 3, but his look somehow still commands respect. Cruz Ramirez (voiced by Cristela Alonzo) is introduced as Lightning McQueen’s unorthodox trainer. As McQueen is challenged by a younger generation of cars coming down the track (pun intended), Ramirez remains a faithful friend and valuable ally. Without Lightning McQueen (voiced by Owen Wilson), there would be no Cars. His character is central to the story, and yet his look was struggling to stay relevant. For this reason, McQueen has been given an updated look for the latest film. With new wheels, a sleeker tailfin, and slightly cleaner detailing on the sides, McQueen isn’t showing his age one bit. Ka-chow!

Comments Off on PHOTOS: Latest images of new characters from “Cars 3” revealed, Lightning McQueen gets an updated look