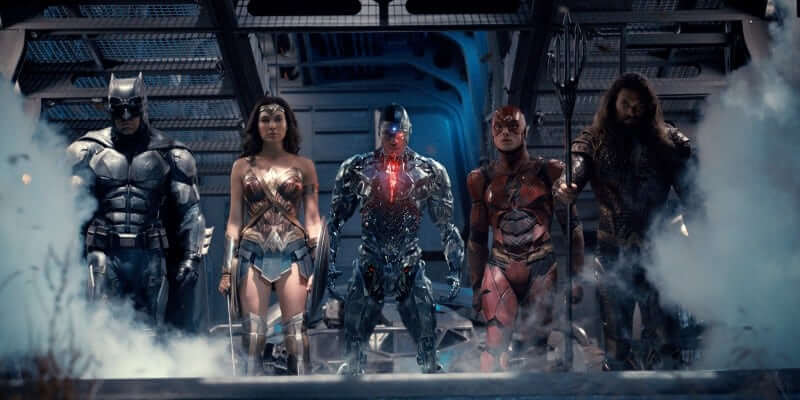 Ever since the highly-anticipating upcoming superhero team-up movie “Justice League” was announced, fans have been clamoring to get a peek at all of the current DC cinematic heroes united in one place.

Over the weekend, the internationally-distributed American newspaper USA Today included a brand-new group photo of five core members of the Justice League from Zach Snyder’s movie in their “must-see films of 2017” preview article. The shot features Batman (Ben Affleck), Wonder Woman (Gal Godot), Cyborg (Ray Fisher), The Flash (Ezra Miller), and Aquaman (Jason Momoa) preparing to step out through some kind of mechanical doorway. Check it out:

Notably absent is Superman, who (SPOILER ALERT) didn’t quite make it through the events of last year’s “Batman v. Superman: Dawn of Justice” with his life– although the very end of the film implied otherwise, and Henry Cavill is indeed listed as part of the “Justice League” cast.

“Justice League” is currently scheduled to hit theaters nationwide on November 17th. Are you excited to see DC’s heroes come together to battle evil on the big screen? Let us know in the comments below.