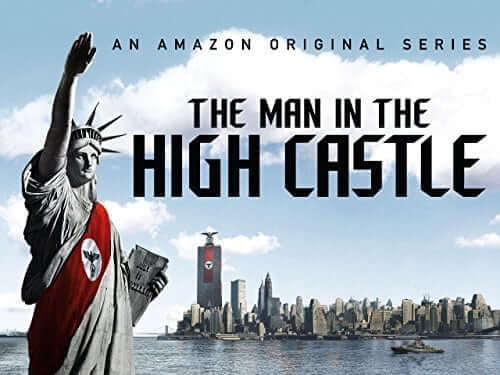 If you’re not watching Amazon’s adaptation of Philip K. Dick’s (Blade Runner, Minority Report, Total Recall) The Man in the High Castle, you are missing out on brilliant story telling in an alternative history environment. Set in the 1960’s, America is divided between the Japanese Empire (west of the Rocky Mountains) and the Greater Nazi Reich east of the same mountains (with a neutral zone in between). The Axis won the war and US was divided.

This adaptation of the novel of the same name varies in that instead of books which show a different outcome to the war, forbidden films are used instead (a perfect adaptation for the television transition). Intrigue, spies, resistance defiance play their roles as the Japan and Germany are on the brink of returning to war, now with the threat of nuclear annihilation.  Character development and plot twists keep the story moving along briskly, almost making it impossible NOT to binge watch the entire season at once.  Season two, which was just recently released, ratchets up the intensity and double-cross to culminate in a perfect and shocking season finale. Season one and two of The Man in the High Castle is available to stream on Amazon (and free to watch with a Prime membership).