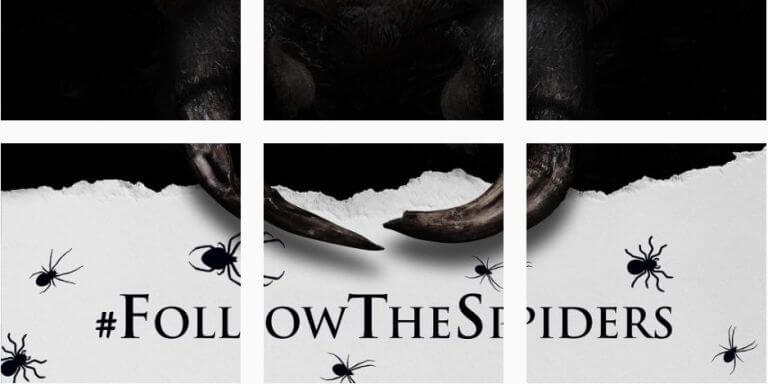 ‘Tis the season to be a Harry Potter fan with A Celebration of Harry Potter happening this coming weekend, but some recent activity on Twitter has given Potterheads a bit of thrill prior to the weekend activities.

Multiple Potter accounts of official status like @Pottermore, @HarryPotterFilm and @WBTourLondon have begun tweeting with the hashtag, #FollowTheSpiders. Additionally, a new Instagram account (@FollowTheSpiders) has appeared and posted a series of photos that create the image of a hairy arachnid once they are put together. What this particular hashtag teases is unknown, but according to the tweets posted, that information should be revealed on January 27, 2017. It is probably no coincidence that the first day of A Celebration of Harry Potter, the annual Potter event held at Universal Orlando, is also on the same day. In years past, the event has been used as a platform to announce exciting news coming to the world of Potter. It seems likely that this spider campaign, too, precedes something of that nature.
There is some speculation that any announcement made is tied into a new exhibit for the Warner Bros Studio in London, but this focus on spiders could equally allude to entirely new material coming to the Potter franchise. Whatever it is, it has our attention.