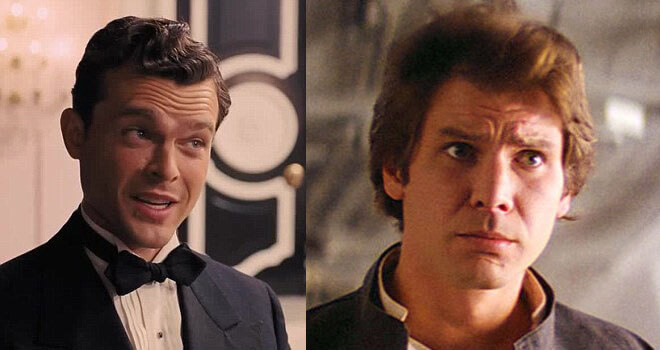 You know, this is the kind trivial-but-possibly-super-important thing that sends my Star Wars fandom over the edge.

With Rogue One breaking box office records, and Episode VIII landing in theaters in December of this year, it seems like the standalone Han Solo film is generating the most intriguing out of all of them. The casting choices have been spot on, everybody behind the production insists that it’s a very dark and human story, and let’s be honest: we just want to see how Han met Chewbacca.

If the hype train wasn’t rolling down the track fast enough, now actor Harrison Ford (the original Han) and Alden Ehrenreich (the new Han) have been spotted grabbing lunch together to discuss — oh, I don’t know — being Han Solo.

The actors were spotted on Wednesday in Santa Monica, and that’s about all we know. Was Alden just trying to pick his brain about the character? Will an older Han Solo be making a surprise appearance in the film? We need answers, dammit!

Stick with Inside the Magic for all things fun and awesome from a galaxy far, far away.