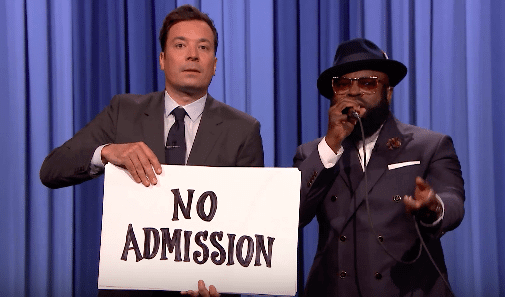 Seems like we’ve been waiting awhile for this one, but the opening date for Race Through New York starring Jimmy Fallon at Universal Studios is just around the corner. The new attraction that pits you against Fallon in a race through New York City and past its famous landmarks opens April 6, 2017, but we can get a peek at what’s in store right now!

Universal has released the attractions “safety precautions” video, starring The Roots, that will feature before the ride begins. Here is your first look at Universal’s Jimmy Fallon ride pre-show video: