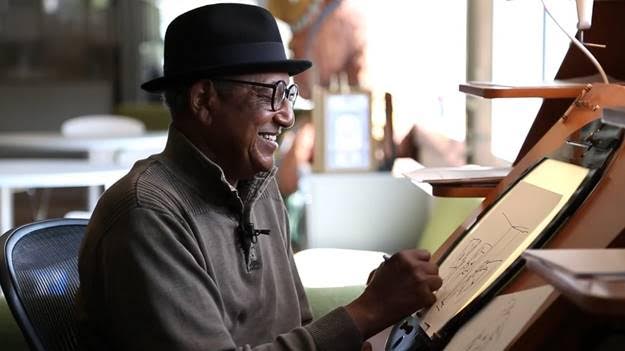 Are you a fan of Disney animation? Then the world-famous movie studio has just announced a wonderful opportunity for you. Tomorrow, on the company’s official YouTube page, 2007 Disney Legend Floyd Norman (who got his start as a cleanup artist and apprentice in-betweener way back in 1959 on “Sleeping Beauty” and later contributed to “One Hundred and One Dalmatians”, “The Jungle Book”, and much more) will host a live drawing and Q&A session celebrating the 87th anniversary of the very first Mickey Mouse comic strip.

Norman will re-create the original comic as viewers watch and have the chance to ask questions about this longtime animator’s career working alongside Walt Disney himself, his later experiences with Pixar Animation Studios, and beyond! As an added bonus, Norman will be broadcasting from behind the desk of another Disney Legend, Floyd Gottfredson, which is believed to be the “origin of more Mickey Mouse drawing and sketches than any other desk in the world.”

Tune into Disney’s YouTube page at 9:30 AM Pacific time tomorrow, January 13th, to take part in this historic event.