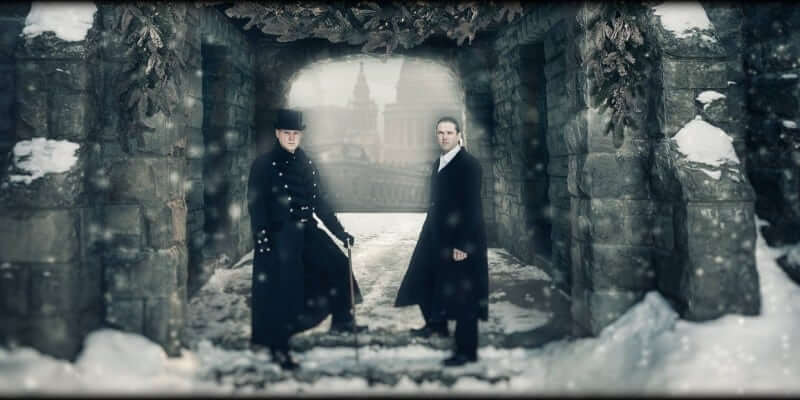 On this Friday the 13th, we’d like to take a moment to congratulate Ed and Gavin (Midnight Syndicate) for 20 years of terror tunes!  From their first release Midnight Syndicate to the most recent Zombies!!! Official Board Game Soundtrack masterpiece, it has been an excitingly eerie two decades. Since their start in 1997, Midnight Syndicate has released a dozen studio albums, three motion picture soundtracks, two haunting collaborations with the ethereal sounding Destiny Beard and two completions/reissues for a total of 19 albums.  In 2010 the duo produced the horror film The Dead Matter (starring Babylon 5’s Jason Carter). Midnight Syndicate’s distinct sound has been likened to movies for the mind.  In addition to being heard at hundreds of haunted houses across the country, the classic gothic soundtrack stylizations of the group has enhanced Universal Studios’ Halloween Horror events and been featured on The Ellen DeGeneres Show, The Today Show, Monday Night Football and various Travel Channel Halloween specials. Keep an eye on Midnight Syndicate’s Facebook page for a look back over their 20 years of performing a few other spooky surprises.