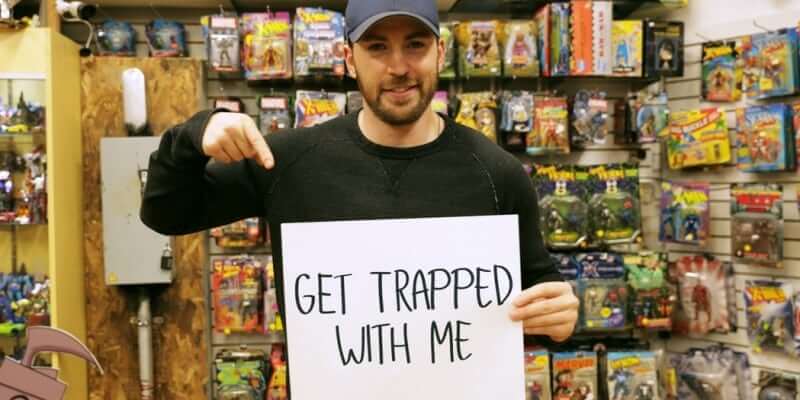 Some comic book store shoppers in Massachusetts were in for a shock when a Captain America doll began speaking to them. The voice behind the doll was none other than Chris Evans himself, using an elaborate prank to coax fans into taking on an “Escape Room” type challenge.

Teaming up with Omaze, Evans is using this to recruit others for his fundraiser in support of Christopher’s Haven, a facility that temporarily houses families with children being treated for cancer in nearby Boston hospitals. Evans has created an Escape Room experience, and fans now have a chance to take on that challenge with Evans as a team member.  To donate money and to enter for a chance to participate in Escape with Chris Evans, fans can submit their information here. Entries for the challenge will be accepted until February 3.