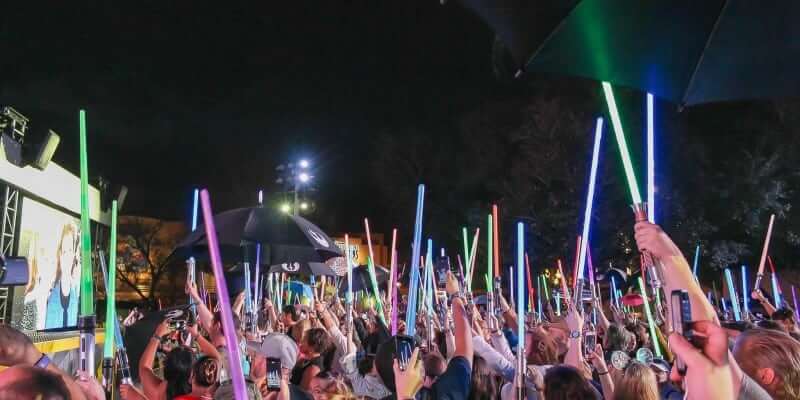 Saturday was an unusually emotional day at Disney’s Hollywood Studios as fans gathered to honor the lives and deaths of Carrie Fisher and her mother, Debbie Reynolds. Both mother and daughter leave behind legacies tied with The Walt Disney Company.

Since Disney’s acquisition of Lucasfilm, Carrie Fisher’s Princess Leia found a home in the Disney family. And with “Singin’ in the Rain”–a film Reynolds helped cement as a classic in movie history– represented in The Great Movie Ride attraction, fans have made the connection to Disney for her as well.

The tribute on Saturday was organized by fans. It was planned to be a simple event that included a collective experience of Star Tours: The Adventure Continues and The Great Movie Ride. However, once Disney found out about the event, they asked if they could assist by screening footage of the stars and leading the group in a solemn moment where umbrellas and light sabers would be raised in honor of the mother and daughter who brought so much to Hollywood throughout their years.