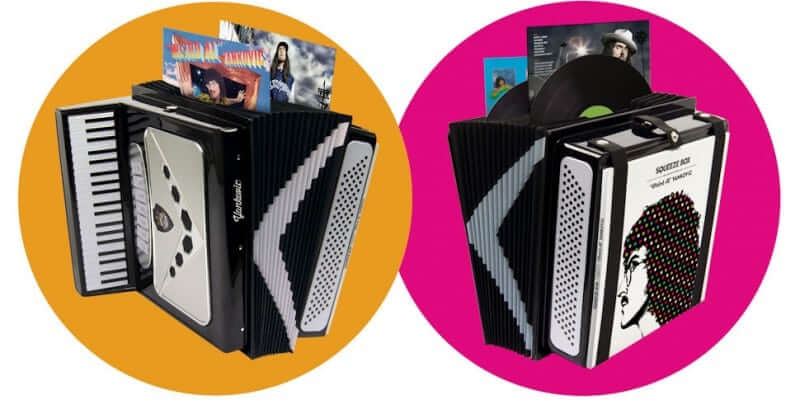 It’s time to break out the Hawaiian shirts and the Twinkie-wiener sandwiches and get ready to polka! A new accordion-shaped box set– appropriately entitled “Squeeze Box”– spanning “Weird Al” Yankovic’s entire three-and-a-half-decade career of brilliant musical parody is heading your way this fall on both vinyl and CD.

Although the box set was originally announced via Weird Al’s official Twitter account last summer, more details were revealed today in a mailing through his fan club and in a press announcement from publisher Legendary Recordings. The 15-disc set will include all of Yankovic’s original albums plus an exclusive rarities disc that’s sure to become the crown jewel of any fan’s collection.

According to the press release:

Squeeze Box will be officially released November 24, 2017, with a long-lead manufacturing time due to its unprecedented custom packaging. Fans have the opportunity to pre-order the box set now to be guaranteed delivery of this historic set, as only a limited number of sets will be manufactured after this pre-sale.

Fans can pre-order the set now via Weird Al’s official PledgeMusic page and also get access to a private webpage where “they will be able to enjoy exclusive videos of how Squeeze Box was created and made, factoids of Al’s career, and special video greetings from the master himself.”