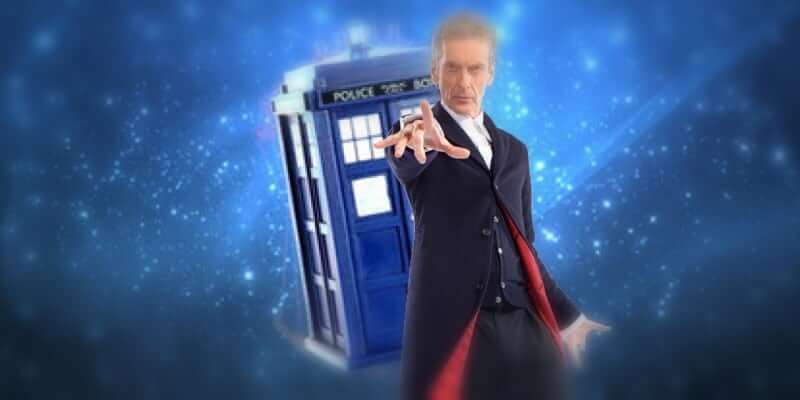 Today the British Broadcasting Corporation announced that Peter Capaldi, the 12th actor to assume the iconic role, will be stepping down after Series 10 concludes.  Capaldi took over the role from Matt Smith in 2013.  His last regular appearance as the Time Lord will be in the 2017 Christmas Special. “One of the greatest privileges of being Doctor Who is to see the world at its best. From our brilliant crew and creative team working for the best broadcaster on the planet, to the viewers and fans whose endless creativity, generosity and inclusiveness points to a brighter future ahead. I can’t thank everyone enough. It’s been cosmic.” –Peter Capaldi (as posted on the BBC website)

The 10th season in the modern series will also see new companions for the Doctor.   Bill Potts, played Pearl Mackie, will be travelling time and space alongside the Doctor, as well as the character Nardole (from “The Husbands of River Song” Christmas episode) as played by Matt Lucas.

Doctor Who is the longest running science fiction series on Television.  The tale of the Gallifreyan Time Lord and his “bigger on the inside” T.A.R.D.I.S (Time and Relative Dimension in Space) first premiered on the BBC 1963.  Since then there have been two feature films, several spin-off series (TORCHWOOD – which is an anagram for “Doctor Who” being the most successful) and an animated series.

Peter Capaldi’s final season will begin Easter weekend on the BBC and will run for 12 episodes and the annual Christmas special.

No replacement/14th Doctor has been named (Sir John Hurt was the 13th Doctor, known as the “War Doctor”).

Who would like to see pilot the T.A.R.D.I.S. in the role of the next Doctor?  Type your comments in (time and) space below.