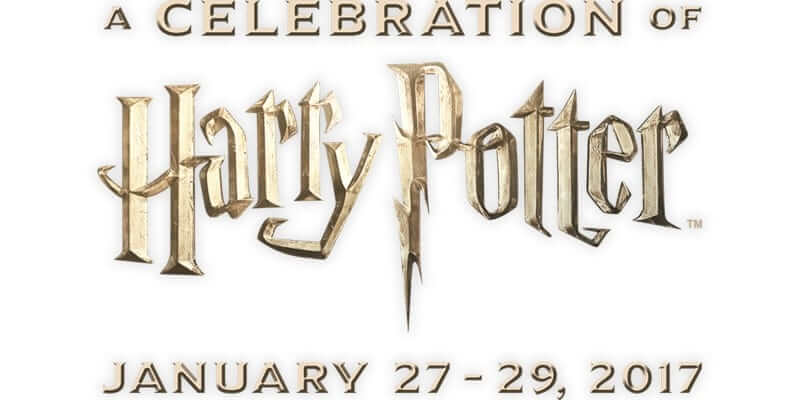 It has finally arrived! This weekend is Universal Orlando’s fourth “A Celebration of Harry Potter,” the only official event for Potterheads to gather and indulge their magical side each year. It’s always an exciting time with so much to do, and this year is no exception. The schedule of events is packed with panels, challenges and exhibits that will keep witches and wizards busy for days, but for fans who need to be more selective, we wanted to lay out the things that should not be missed. This really is the hub of this popular event, mainly because it is everyone’s chance to actually get a look at props, costumes and even pieces from the sets of the Harry Potter films. It also provides some fun interactive activities in which you can represent your “House” as well as cool photo opportunities–things that Potterheads will want to show off to friends back home via their social media accounts. Speaking of social media, this year’s #FollowThe Spiders campaign served as an announcement for an expansion of The Forbidden Forest exhibit at the Warner Bros. Studio Tour. However, a full size Aragog from the London exhibit will be over at Soundstage 33 this year for viewing. Did we mention it was FULL SIZE?!?! That alone makes the Expo a “must do.” This is a great opportunity to hear directly from some of the people that bring J.K. Rowling’s beloved characters to life. At these panels, the stars of the franchise gather in a more intimate setting to answer questions directly from you, the fans. In years past these sessions have proved to be a lot of fun with the actors shedding light on some of the more interesting and surprising elements involved in the making of these films–even spilling a few juicy secrets along the way. Without plying them with Veritaserum, this is about as real as it gets.

This year boasts a particularly strong line-up with several notable stars appearing for the first time. Fans will finally get the chance to engage with the always entertaining Warwick Davis (Filius Flitwick, Griphook), and 2017’s event will also see the first appearances of Jason Isaacs (Lucius Malfoy) and Tom Felton (Draco Malfoy)–the father and son team we all love to hate. A returning Matthew Lewis, who nearly stole the show last year, rounds out the panel.

There is a reserved area for Vacation Package guests, and while there is plenty of room for general park guests, it’s a good idea to get there early to ensure you get a good view. That is unless you have a Time-Turner, in which case, probably play it by ear?

WATCH OUR PRESS EVENT SESSION WITH THIS YEAR’S CELEBRITIES:

Have you ever watched a wand duel in any of the Harry Potter films and thought, “That is beyond cool. I wish I could do that!” Well, at Paul Harris’ presentation, you can. The very man who choreographed Harry, Hermione, and Ron in all of their wand wars will now teach you how to duel like an Auror. Wand are not provided, though, so be sure to bring your own.

To say this is a fun activity doesn’t quite capture it. At the start, the sheer awkwardness of wielding a wand will probably leave you struck down with uncontrollable laughter; however, once you have finally mastered all the steps and properly prepared for combat, don’t be surprised if you find yourself puffing up with a new sense of empowerment. After all, it’s only supernatural.

As anyone who has attended in previous years will know, costumes are a big part of this event. If you don’t have a costume, but want to play along, you can purchase robes, wands and other apparel within the parks.

For those of us who are keen to show our house pride (Ravenclaw ’til I die), there is a House Rally Meet-Up where you gather together and even have photos taken with the other members of your house. Apart from providing a pretty cool souvenir and preserving a memory for those of us who remain, regrettably Pensieve-less, this can be a truly “magical” experience that provides a strong sense of belonging. Not only are you hanging out with people that share your passion for Potter, but even within that fandom, these really are your people. And that’s a feeling worth making a little time for. There’s also a costume contest, so if you like the idea of winning some Harry Potter goodies, remember to dress to impress. Felix Felicis remains prohibited. Let’s keep it clean, folks. There is so much to see and do that it can feel like you’re trying to navigate the Tri-Wizard maze. Don’t panic though. The good news is that instead of facing danger at every turn, you basically can’t move without doing or seeing something entertaining. And as always, the ITM team is here to point you in the right direction.