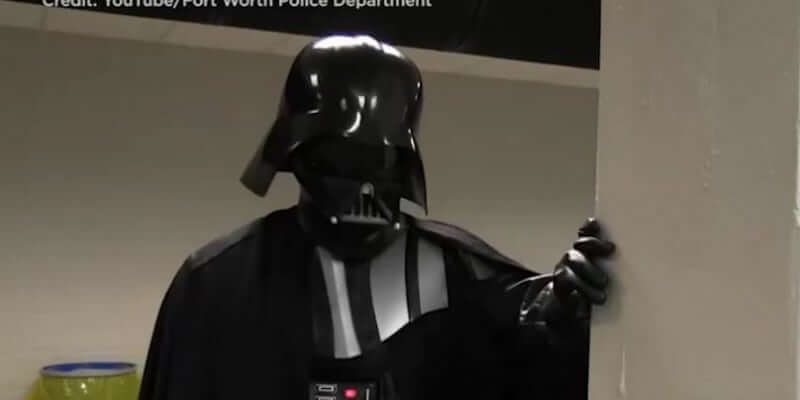 There’s no doubt that the excitement is mounting for the release of the latest Star Wars film, Rogue One. As with any highly anticipated Star Wars flick, fans are going to pay tribute to their favorite galactic space opera and the new film, which will take place just before the events of A New Hope, is no exception as we inch closer and closer to Dec. 16’s opening date.

First this video by the Fort Worth police department playing on the notoriously bad aim of the Empire’s Stormtroopers.  Even more amusing is that this is AN ACTUAL RECRUITING VIDEO for the department.

Finally, Rogue Wha? Should be its own series.  This string of several silly scenes based on the new characters and scenes from Rogue One is as well-crafted as it is amusing.  Who wouldn’t love to see a Death Trooper concert at the new Star Wars land?

For those who cannot wait and want some probable insight (or at least potential backstory) – take another listen to the brilliantly produced NPR radio drama for the original Star Wars trilogy.  The first series, based upon what would end up being called “A New Hope” aired in 1981 with a vastly expanded storyline. For those who missed (or who want to relive) the NPR Star Wars radio drama, the full broadcast is available on Amazon (as are The Empire Strikes Back, and Revenge of the Jedi). The Empire Strikes Back Return of the Jedi Comments Off on With “Rogue One” under two weeks away, wonderful wacky Star Wars parodies and tributes emerge