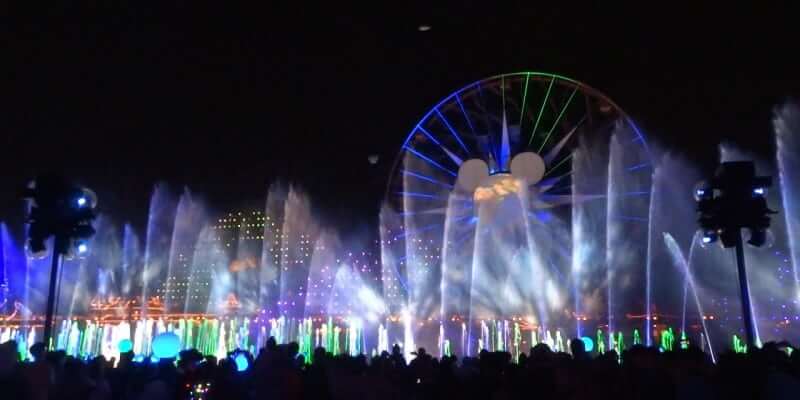 It’s been a busy holiday season at the Disneyland Resort, and with it came a brand-new and tremendously popular show at Disney California Adventure, “World of Color: Season of Light”. While guests have been enjoying the breathtaking new show for well over a month now, I thought this would be a good time to curate several of the videos we’ve featured on the performance, as well as the fascinating behind-the scenes efforts that went into its creation.

I had the wonderful opportunity to attend the holiday media day at DCA back in November, where I saw Disney Imagineering’s Steve Davison give a heartfelt introduction to Season of Light. That same night I also had the astounding chance to take the controls of the lights and water fountains in Paradise Bay that make up World of Color. Take a look!

Pretty cool, huh? I’m still amazed that I got to play around with that technology, even if only for a minute. World of Color: Season of Light is one of the most impressive new shows I’ve seen at a theme park in a very long time.

Once again, happy holidays from everyone at Inside the Magic!

Comments Off on VIDEOS: “World of Color: Season of Light” dazzles guests during the holiday season at Disney California Adventure