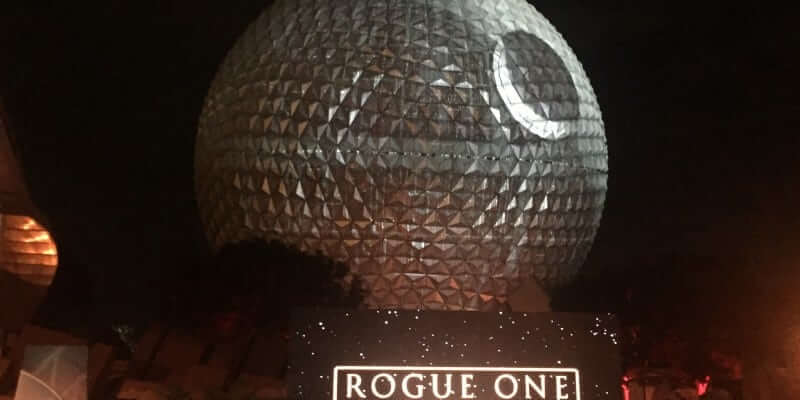 The Force is strong with Epcot this evening as the Death Star descended upon the theme park.

During a one night only special event celebrating the upcoming “Rogue One” film, Walt Disney World temporarily transformed the iconic geodesic dome of Spaceship Earth into the even more iconic “Star Wars” space station.

The special effects moment was created using projections that wowed the attending crowd of fans and press.

The spectacle accompanied announcements that more Star Wars entertainment is coming to Disney’s Hollywood Studios including new characters from “Rogue One” and a new Star Tours sequence based on Episode 8, to debut next year.

Comments Off on VIDEO: Walt Disney World debuts the Death Star at Epcot as Star Wars takes over Spaceship Earth