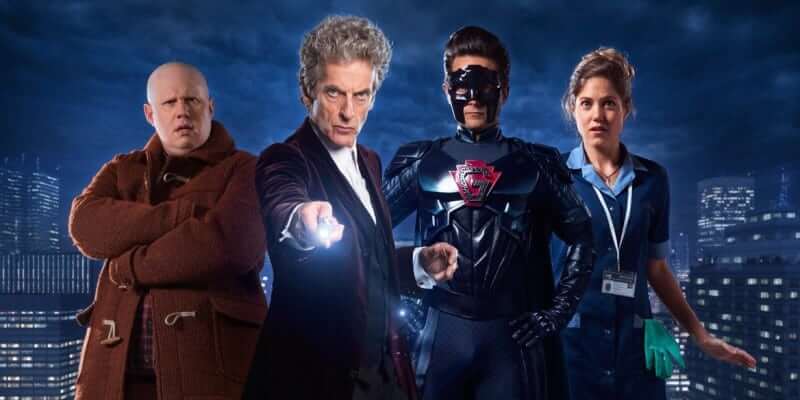 Attention all Whovians: the trailer for the action-packed Doctor Who Christmas Special The Return of Doctor Mysterio is finally here, and it looks like one heck of a wild ride for the holidays!

For those not in the loop, the acclaimed British television series Dr. Who returns every year for Christmas with a special holiday episode that either reveals major plot points of events to come, or hammers down a beautiful message for this special time of year. Either way, fans always seem consistently delighted.

What’s the episode about, you may wonder? Well wonder no more:

With brain-swapping aliens poised to attack, the Doctor and Nardole link up with an investigative reporter and a mysterious figure known only as The Ghost. Can the Doctor save Manhattan? And what will be revealed when we see behind the mask?

The 60-minute Doctor Who Christmas Special is written by Steven Moffat, Executive Produced by Brian Minchin, Produced by Peter Bennett and Directed by Ed Bazalgette (Poldark). It was shot in Cardiff at BBC Wales Roath Lock Studios.