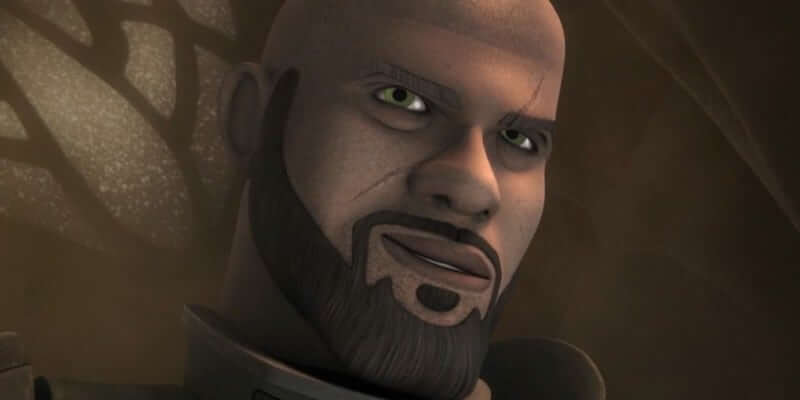 One of the most mysterious characters to appear in “Rogue One: A Star Wars Story” is Saw Gerrera, who first appeared on the animated TV series “The Clone Wars.”

Now, after making the leap from animation to live action, the character is jumping back to animation as part of season 3 of “Star Wars Rebels.” Set a few years before the action of “Rogue One,” the story of “Star Wars Rebels” will show Gerrera in a less beat-up state than seen in the hit new film.

Academy Award-winning actor Forest Whitaker voices the role for “Star Wars Rebels,” which can be seen and heard for the first time in the video below:

“It’s an incredible honor to have Forest Whitaker play Saw in ‘Rebels,'” says series executive producer Dave Filoni. “Forest did a great job at capturing Saw in a way that is a bit mad, a bit crazed, a bit afraid, but also a bit sympathetic. He sees something coming, but no one will take action before it’s too late.”

The character of Saw Gerrera was first introduced in the TV series “Star Wars: The Clone Wars” as a guerrilla fighter for his home planet. Created by George Lucas, Saw received training from the Jedi – Anakin Skywalker, Obi-Wan Kenobi and Ahsoka Tano – and served as an early harbinger of the Rebel Alliance, an assortment of disparate groups coming together to fight for a common cause.

Comments Off on VIDEO: Saw Gerrera from “Rogue One” appears on “Star Wars Rebels” as Forest Whitaker reprises role