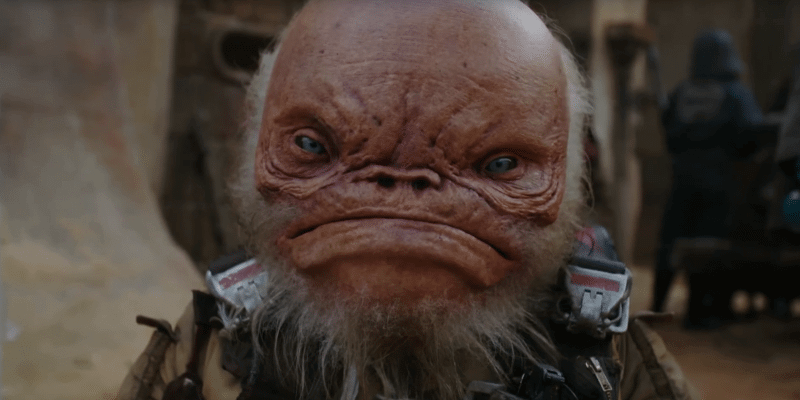 Rogue One: A Star Wars Story hits theaters on December 16, and if there’s one thing we’ve learned about the franchise over the last however-many years, it’s that it takes all kinds of creature designs to bring our universe together — namely “practical effect” creature designs.

Lucky for us, the folks over at Lucasfilm released a short featurette highlighting the process and passion behind creating a new kind of star was film with new kinds of creatures.

“We all grew up with Star Wars and I never imagined for one minute that I would ever work on a Star Wars production,” says Rogue One creature effects supervisor Neal Scanlan. “My role on Rogue One is an opportunity to be able to develop techniques, get better at it, not only in the way that we make things but hopefully more successfully creatively in such a way that it feels as Star Wars as it can possibly be.”

In a time of conflict, a group of unlikely heroes band together on a mission to steal the plans to the Death Star, the Empire’s ultimate weapon of destruction. This key event in the Star Wars timeline brings together ordinary people who choose to do extraordinary things, and in doing so, become part of something greater than themselves.

There’s also a new TV spot that’s just been released. This one is called “Worth It”.

So what do you think of the creature designs for Rogue One? Let me know in the comments below, and stick with Inside the Magic for all things fun and awesome!

Comments Off on VIDEO: New Star Wars featurette showcases the creatures behind ‘Rogue One’!