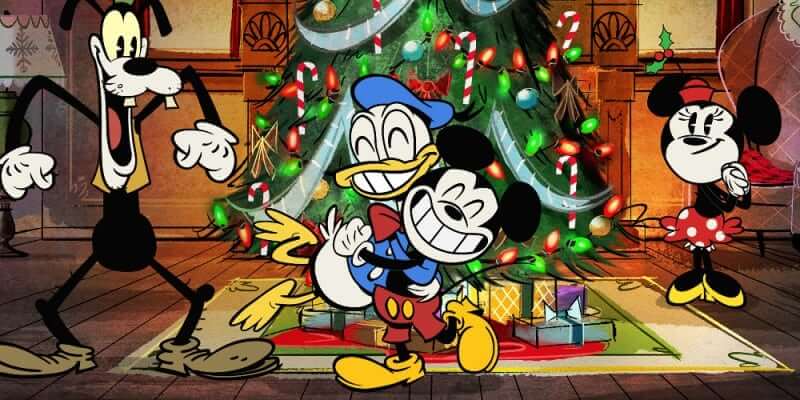 I hope you’ve all brought your holiday cheer, because Disney has just announced a brand-new Mickey Mouse Christmas special on the Disney channel!

The plot seems to center around Donald Duck’s family flying south for the winter, while Donald stays home with his friends to celebrate. Duck the Halls: A Mickey Mouse Christmas Special will premiere Friday, December 9 at 8:30-9:00 p.m. EST on Disney Channel — it will also make it’s way to the Disney Channel app and Disney Channel VOD. If you miss it the first go-around, it will also be televised Monday, December 12 at 8:00-8:30 p.m. EST on Disney XD. So you couldn’t miss it if you tried! I mean, I guess you could…but why would you want to? It looks so charming!

Here are a couple of clips from the Duck the Halls:

The special is set to include appearances by Uncle Scrooge McDuck, nephews Huey, Dewey and Louie, Professor Ludwig Von Drake, Gus Goose and Santa Claus, among others. Laughingplace.com reports that it also features a flashback to Mickey’s childhood when he dashed through a Dickensian town pulled on a sleigh by Pluto (as a puppy), greeting townsfolk in a British accent. Because why not? I just want to see puppy-Pluto!

For all the most holly-jolly Disney news, stick with Inside the Magic!

Comments Off on VIDEO: An all-new Mickey Mouse Christmas Special coming to Disney Channel — check out the first clips here!