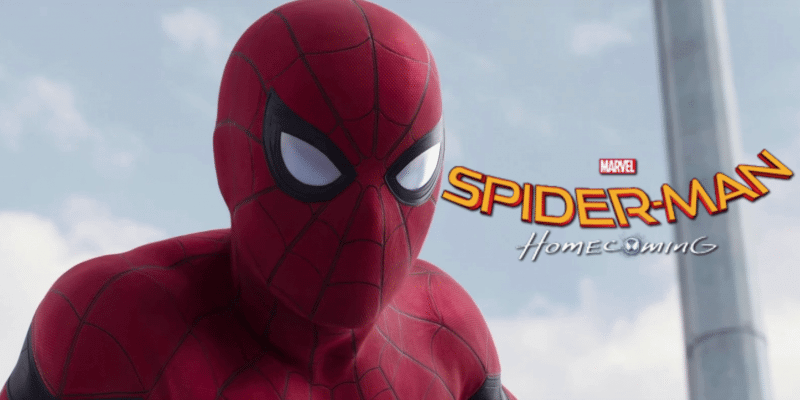 Tonight during Jimmy Kimmel Live the first trailer of Spider-Man: Homecoming was released. It’s safe to say that we are looking forward to that film now more than ever. Wow!

It was already revealed that this movie would not be an origin film for the comic book character. Instead it’s set at a time when a young “Spidey” is learning to juggle the pressures of high school life, home and his responsibilities as a superhero. Tonight we got a glimpse of how that might play out in this highly-anticipated film.

Additionally, the international trailer was also released which largely uses the same footage but focuses more on the action sequences and less on Parker’s high school life.

A young Peter Parker/Spider-Man (Tom Holland), who made his sensational debut in ‘Captain America: Civil War‘, begins to navigate his newfound identity as the web-slinging superhero in ‘Spider-Man: Homecoming’. Thrilled by his experience with the Avengers, Peter returns home, where he lives with his Aunt May (Marisa Tomei), under the watchful eye of his new mentor Tony Stark (Robert Downey Jr.). Peter tries to fall back into his normal daily routine–distracted by thoughts of proving himself to be more than just your friendly neighborhood Spider-Man–but when the Vulture (Michael Keaton) emerges as a new villain, everything that Peter holds most important will be threatened.

We’d say the combination of action-packed scenes, fantastic special effects, and Tony Stark is winning for sure. Actually, you had us at Tony Stark, but….nevermind.

Tom Holland has been cast as the web-slinger himself, Peter Parker. Holland is not a newcomer to the big screen, but it is safe to say that this role is his biggest to date. Previously starring in films like Captain America: Civil War, The Impossible and In the Heart of the Sea, Holland will now most likely find himself wearing that Spidey-suit for years to come. We doubt he’s complaining, and neither are we. Spider-man: Homecoming is scheduled to hit theaters on July 7, 2017.