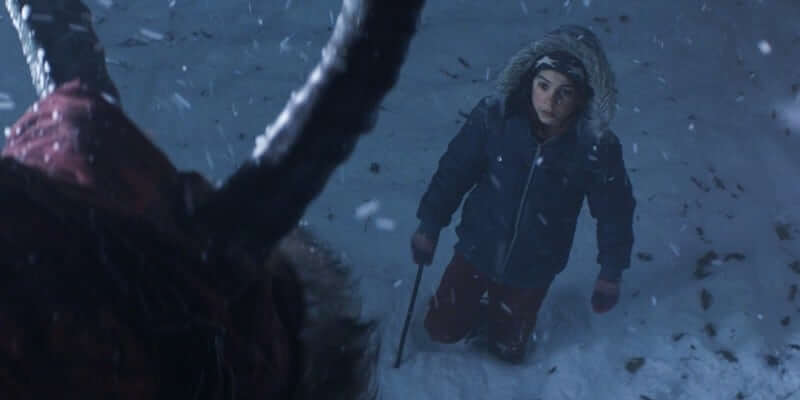 It’s well known fact that the holidays can be stressful.  With family gatherings, talk of politics and the pressure to prepare perfect plates of holiday feasts and treats.   ITM has the perfect solution to the solstice stress situations – take a moment to unwind and escape into these holiday horror classics.  Nothing says things aren’t so bad than witnessing the misfortune and macabre mayhem of others.  We’ve taken the pressure off by offering this scary selection of silver scream Christmas creepers.

Rare Exports (2010) this holiday adventure shows us the evil side of Santa (or several Santas).  With all the tidings of a creepy cool anti-Santa story, Rare Exports is one of the best in the Holiday Horror stable.

Krampus (2015) –this dark comedy, about the dark counterpart to Saint Nicholas, was a hit last Christmas and was even featured at Halloween Horror Nights.

Silent Night, Deadly Night (1984) – as much a commentary on commercialism, and the darker elements this season seems to harbor, as a Santa slasher film, this Holiday murder romp is exceptionally graphic.

Christmas Evil (1980) – Santa as a slasher is nothing new in the horror realm.  In this merry monster movie, the killer seems to have a heart for helping underprivileged children despite his wrath for the wicked.  Some may recall this cult classic by its original title: You Better Watch Out.

Santa’s Slay (2005) – it was all really a bad bet – Santa, the demon who lost the bet, was forced to deliver toys for a thousand years.  Now that his time is done all heck is about to break loose as the demon is more than fed up with the tinsel tied task he’s endured.

Silent Night Zombie Night (2009) – it’s the week before Christmas and Los Angeles is experiencing a zombie outbreak.  Add to the undead urgency is the complication of an unfortunate love triangle with two men who love the same woman trapped together during the Christmas crisis.

Black Christmas (1984) – nothing says slay bell bedlam like a murder in the sorority house over Christmas break.

Jack Frost (1997) – when a sinister slaying snowman, who was originally a serial killer comes (back) to life, the icy fingers of murder cannot be too far away

Gremlins (1984) – This Christmastime comedy/monster movie is about as adorable as one can get and still be considered a horror film.  The madcap mayhem managed by the evil creatures in this film make for an enjoyable winter wonderland of holiday hi-jinks. (note: Gremlins is currently in the process of receiving the reboot treatment)

The Nightmare Before Christmas (1993) – Tim Burton’s original poem did not include Oogie Boogie nor Sally as main characters.  This stop motion animation Disney feature is perhaps the best example of Holiday and Horror (albeit campy) blending into a delightfully dark and fiendishly fun story.

A Christmas Carol (2009) – Perhaps one of the best variants of the classic tal, this rotoscope animated classic from Walt Disney Studios is also one of the darkest variations of the Dickens’ morality tale.  The scene with the ghost of Christmas Present is especially frightening.

While the Christmas holiday season is one for love, peace, family and friends – holiday horror films offer an opportunity to escape from what can sometimes be an overwhelming time of stress.  Though definitely not an exhaustive naughty list of holiday horror, ITM hopes that this eerie escape will help bring a balanced holiday season to your home or crypt.

What holiday horrors hold a special place in your heart?  Please share in the comments below.