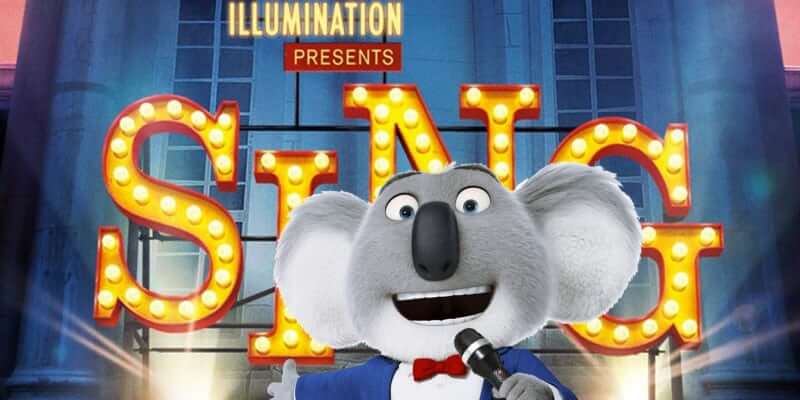 Illumination Entertainment takes the tried and true formula for family-friendly animated films and gives it an amusing twist with Sing, which features an All-Star cast giving life to a surprisingly charming set of characters along with a rousing soundtrack of hits both classic and modern.

The studio that created Minions has been on quite a roll lately and show no signs of slowing down with the release of Sing coming just a little over five months since The Secret Life of Pets arrived in theaters. Neither movie features the massively popular Minions and though they might not strive to be the most original and groundbreaking animated movie ever, there’s plenty of charm and a deft sense of humor to amuse the kids (and for the most part us adults) with.

With their latest effort, Illumination has reportedly packed 85 songs into roughly 110 minutes and while there isn’t much of an original story to hash out in between songs, the star of the show — so to speak — is the music so exactly how the singers end up participating in the show created by Buster Moon (a tireless and optimistic koala voiced by Matthew McConaughey) is pretty much secondary. Along the way we’re introduced to the main characters as well as how this koala came to own a beautiful theater in the heart of a Zootopia-like city, but with so many animals in the mix some of their backstories are more compelling than others and some invariably aren’t as fleshed out as the others.

To the writers’ credit, the script — revolved loosely around Buster Moon putting on a singing competition to save his theater — does do a good job of rooting out some of these characters and/or pushing them to the background so that they can pop in and out with a few jokes sprinkled here or there through the course of the movie while letting the main characters shine. 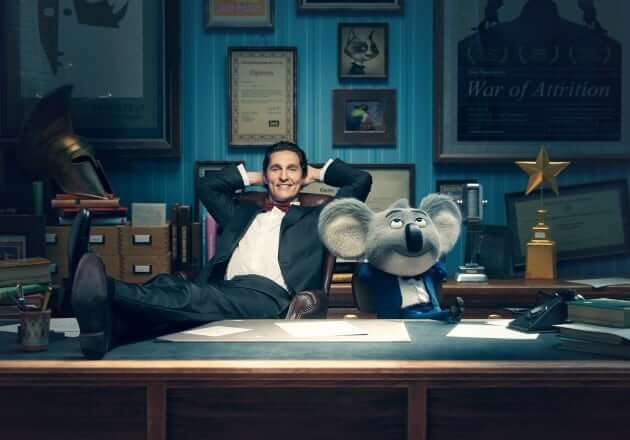 Reese Witherspoon’s Rosita, a housewife pig who dreams of bigger things all the while trying to manage a huge family, gradually emerges as perhaps the movie’s most compelling character even after she’s paired with the hilarious and fun-loving Gunter (voiced by comedian Nick Kroll) in a bid by Buster to help loosen her up on stage. But the show’s true underdog is Meena (voiced by singer Tori Kelly), a shy, timid teenager elephant who so desperately wants to please her well-meaning family with her considerable talent and conquer her stage fright once and for all. 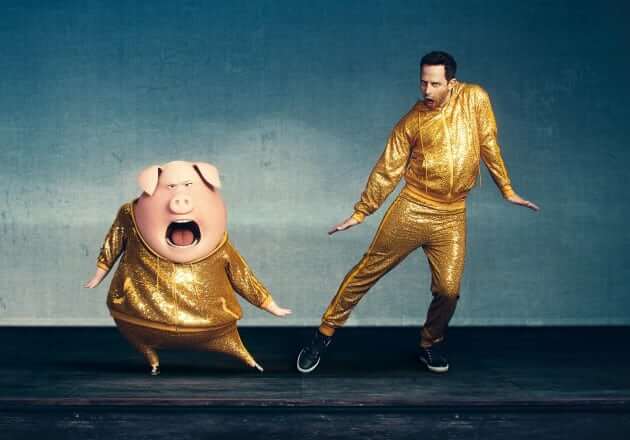 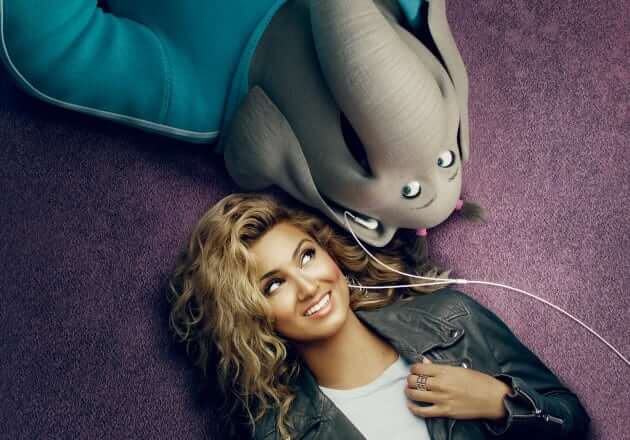 Johnny (voiced by Taron Egerton) also wants to please his father, who wants his son to go into the family business, but needs to break out and become his own man, um, gorilla. Another big crowd pleaser was Ash (voiced by Scarlett Johansson), the porcupine rocker who wishes for her own voice to be heard without her boyfriend getting in the way. Last but certainly not the least, the confident and tough-guy crooner Mike (perfectly paired with “Family Guy” creator Seth MacFarlane) is a talented mouse with an old soul and some debts to pay off.

Will Buster Moon finally put on a stage show that will put him on the map and will the singers bust out and truly fulfill their potential? I’d recommend to just sit back and enjoy the show, which at least in my theater also amounted to actual applause after each performance during the climactic final showcase. Bottom line, families looking for a fun way to entertain the little ones during winter break would be wise to head to the local movie theater and rock out with Sing, though it almost inherently can’t help but fall short of Illumination’s bigger efforts.