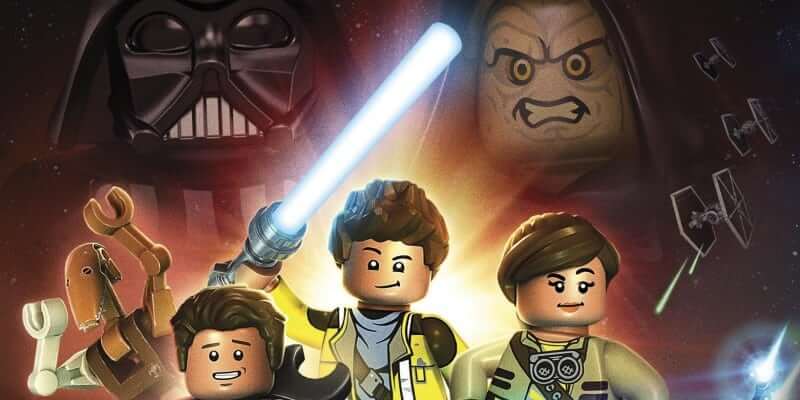 Debuting earlier this year on Disney XD, LEGO STAR WARS: The Freemaker Adventures is an amusing, yet also intriguing, chapter in the Star Wars universe that is now available to own on Blu-ray and DVD.

The first season packs 13 full episodes that follows the Freemaker family between the events of The Empire Strikes Back and Return of the Jedi. Though primarily aimed at younger Star Wars fans, everyone will enjoy the plentiful cameos of their favorite characters combined with a likable cast of new characters. Because of its unique place in the universe, it also features Darth Vader and Emperor Palpatine as they search the galaxy for the ancient artifact known as the Kyber Saber that could help put an end once and for all to the struggle between the Empire and the Rebels.

Similar to Rey from The Force Awakens, the Freemaker family are a team of scavengers that make their living finding valuable (LEGO) parts, in their case to build and sell repurposed ships. And much like the “Star Wars Rebels” Disney XD show, the main character is a precocious young boy who has a strong affinity for the Force. Rowan has a natural ability to find the missing pieces to rebuild the Kyber Saber but will the Empire, or a cousin of a familiar gangster among others, find him first?

Also along for the ride are Rowan’s siblings Kordi and Zander as well as RO-GR (Roger), a reprogrammed battle droid who serves as the comic relief and a faithful companion to Rowan. As a bonus, the 2-disc set comes with an exclusive set of magnets highlighting each of the main characters and two short bonus clips that introduce the new characters and the voice actors as well as behind the scenes footage.

LEGO Star Wars: The Freemaker Adventures Season One is now available to own on both Blu-ray and DVD.

Comments Off on REVIEW: “LEGO Star Wars The Freemaker Adventures” Complete Season One on Blu-ray is fun for fans of all ages