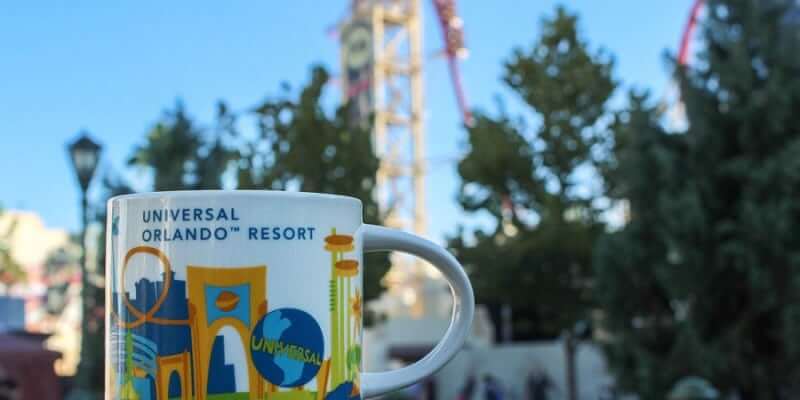 I’m pretty sure that in America, coffee is king. And if that is the case, Starbucks pretty much holds court everywhere, including theme parks. Well, Universal Orlando Resort just received a new scepter in the form of an exclusive Starbucks mug that features the parks famous icons. The three Starbucks on Universal property will carry this sure-to-be-in-demand beauty, so you should be able to find it in Universal CityWalk, Universal Studios Florida, and Universal’s Islands of Adventure. The mug depicts popular park icons like the classic arches, the towering lighthouse, and the rotating globe which has stood as the brand’s “mascot” since before the parks were even created.

Made of a thick ceramic, the mug holds a full 14 ounces of life-giving caffeinated bliss. And the piece is microwave and dishwasher safe to boot. How that for putting a little frappe in your cappuccino?