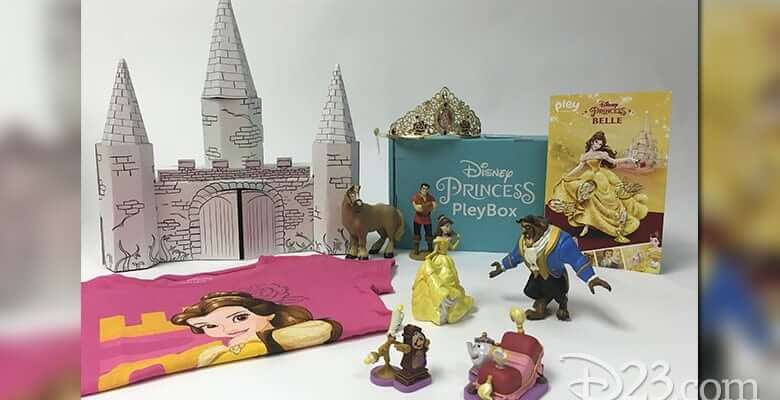 It’s an announcement for little princesses and big princesses alike. The Disney Princesses now have a PleyBox subscription of their own, and D23 broke the news earlier today. Y’all know how these things work by now…you pay a subscription fee and then you get a box of stuff delivered to your door according to the schedule. Well, with the the Disney Princess PleyBox Subscription, a box can be delivered to your home for $24.99 every other month beginning in February.

WATCH OUR UNBOXING OF THE DISNEY PRINCESS PLEYBOX:

Falling under the “Dream Big Princess” campaign, D23 describes the  subscription boxes as containing “product that will inspire girls to realize their full potential and dream big!” It attempts to to do this by telling the triumphant stories of each Disney Princess and inviting subscribers to examine the qualities that led each princess through the challenges she faced.

Each box focuses on the story of a single Disney Princess, so with every new box comes an entirely new tale. All the product therein assists in telling that story and, hopefully, supports the message that dreams are not just fairytales but actually futures waiting to be realized. So what actually comes in one of these things? Every box will contain a Princess figurine, fashion accessories and other items associated with that month’s princess and her tale. But it’s not just what comes in the box, it is also the box itself. Every PleyBox can be converted into a scene from the film and used as a set for the figurine it delivered.

If this sounds like something you want as part of your world, then be our guest and sign up here right now to explore your happy ever after!