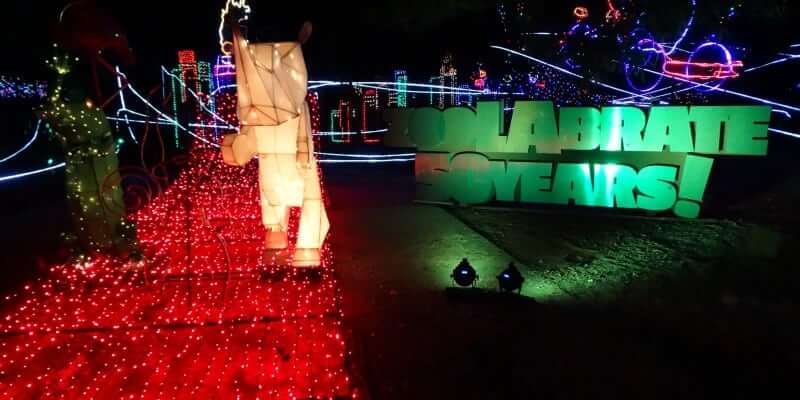 It’s hard to believe, but the Los Angeles Zoo has been around for fifty years! Built a full decade after nearby Disneyland, the current zoo replaced the older Griffith Park Zoo (which was built way back in 1912, and can still be visited in delightfully-creepy ruins elsewhere in the park) on November 28th, 1966.

Yesterday, to commemorate the occasion the L.A. Zoo hosted a 50th anniversary party “ZooLAbration”, complete with a band, stilt-walking creatures, and of course birthday cake.

Also currently running at the zoo for the 2016 holiday season are the ever-popular Zoo Lights (in its second year at L.A. Zoo after proving to be immensely successful at other zoos around the country) and the Reindeer Romp, where kids of all ages can get up close and personal with Santa’s loyal beasts of burden.

You can also visit our Flickr photo album of images from all three events, and be sure to head over to the official Los Angeles Zoo website for advance ticket sales and more information. Zoo Lights and Reindeer Romp both run from now through January 8th.

Comments Off on VIDEOS: The Los Angeles Zoo “Zoo-LA-brates” its 50th birthday for the holidays with Zoo Lights and a Reindeer Romp