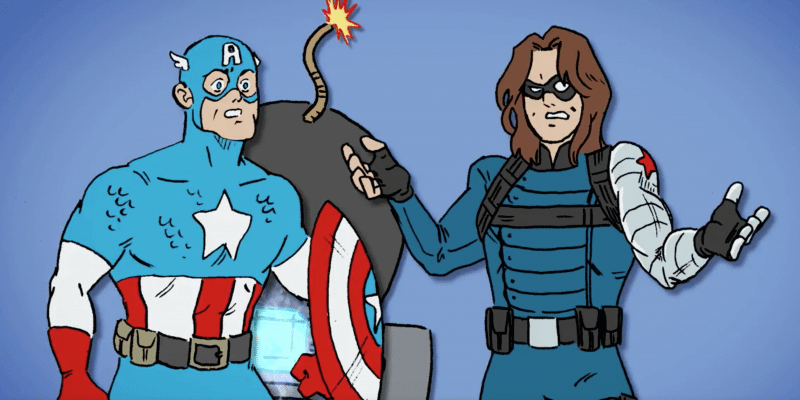 With all of the main plots and subplots of the Marvel Universe, it can get a little confusing to follow everything — namely the superpowered bromance between Captain America and his pal, Bucky Barnes.

Fear not, casuals! Marvel has your back in this sort-of-adorable animated video highlighting the entire saga of the Winter Soldier and his angsty quest to rid himself of his internal demons — from the perspective of the comic books. So if you only watch the movies, there’s a little something for everybody!

Didn't catch the "Winter Soldier" comic saga? Don't worry—we've got you covered in a new episode of #MarvelTLDR! pic.twitter.com/0GRnKo8M5L

The original storyline was written by Ed Brubaker with art by Steve Epting, Mike Perkins, and Michael Lark. For all the latest and coolest news from the Marvel-verse, stick with Inside the Magic!