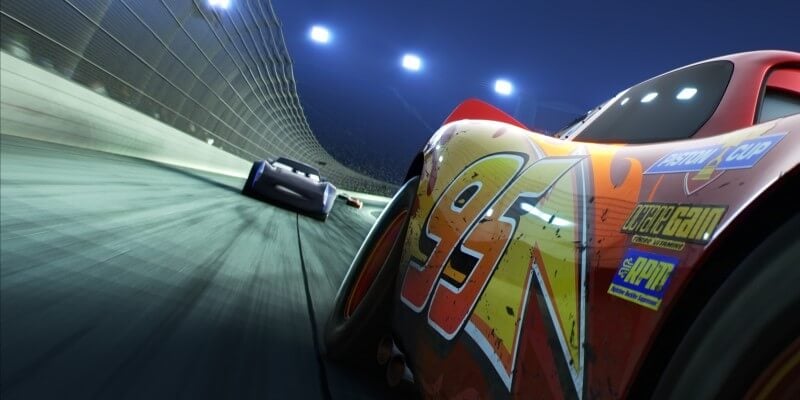 “From this moment, everything will change.”

Though the trailer at first reminds you of the original movie’s opening scene, it’s decidedly grittier and darker than what we’ve seen before in the Cars universe. It might be just this trailer, but hopefully this new tone will carry over to the actual movie with a plot that reverses course and develops Lightning McQueen, who appears to have a lot of miles on those tires at this stage of his racing career, into a more complex character from the wide-eyed rookie we first came to meet a decade ago. Of course, you can be sure that Mater and his pals will pack plenty of laughs and hijinks as well.

Disney•Pixar also released the above high-res image from the highly-anticipated sequel to one of the most successful Disney/Pixar franchises ever with the following caption:

REAR VIEW — The legendary #95 may be leading the pack, but the high-tech Next Gen racers are closing in fast.

Directed by Brian Fee and produced by Kevin Reher, “Cars 3” arrives in US theaters on June 16, 2017.

Comments Off on VIDEO: “Cars 3” gets a thrilling new teaser trailer courtesy of Disney-Pixar