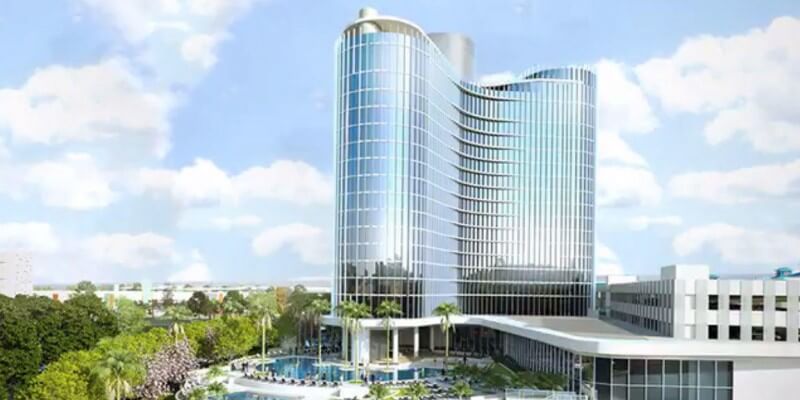 I hope you all are ready for some more extended vacation fun at the Universal Orlando Resort, because the company announced this morning their plans for a sixth hotel, Aventura Hotel, opening in 2018.

Not much is currently known about the new hotel, but the rendering released by Orlando Sentinel shows off a classy looking, curving glass outer structure. Based on what was filed earlier this year, the large structure will be sitting comfortably on six acres southwest of Universal’s new Sapphire Falls resort. The Orlando Sentinel also reports that the hotel would have limited meeting space and would not include complimentary unlimited Express Pass access. This is relatively common among other upscale Universal properties such as Hard Rock and Portofino Bay, so it looks like this may be a more affordable alternative for guests not wanting to break the bank. No confirmation on pricing yet, so I could just be spitting into the wind. Guests will get early admission to the theme parks though, so look out for that awesome benefit!

It seems that Universal Orlando resort is expanding at a breakneck pace, and it’s great to see it all taking shape. For all things Universal, stick with Inside the Magic!

Comments Off on Universal Orlando Resort’s sixth hotel, Aventura Hotel, to open in 2018