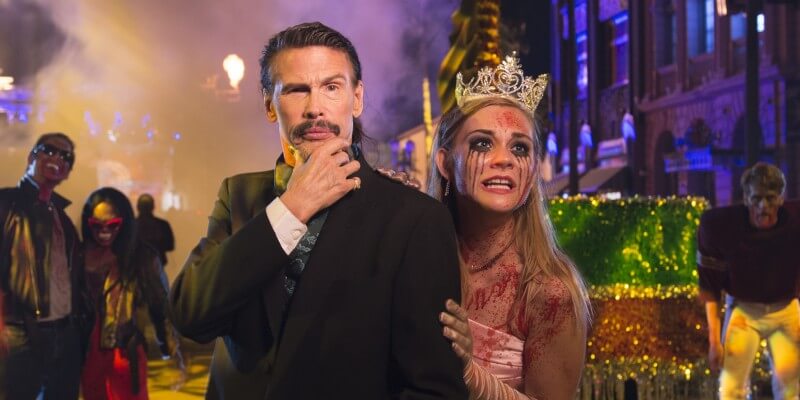 Have you ever wondered where the coolest grandma ever spends his Halloween night? Well wonder no more! Universal Orlando reports that Aerosmith lead singer Steven Tyler partied down with vampires and other creatures of the night at Halloween Horror Nights for the holiday — and by the looks of things, he had a total blast. This is the 26th year that Universal Orlando’s Halloween Horror Nights has scared crowds of all ages, and it’s nice to see some celebrity blood taking to the streets for a few frights. The scarezone depicted in the photo is Vamp ‘55, a 1955 homecoming parade complete with vampire greasers, football players and homecoming queens. He later visited several of the five scarezones and nine haunted houses at Halloween Horror Nights.

For all things Universal, stick with Inside the Magic!