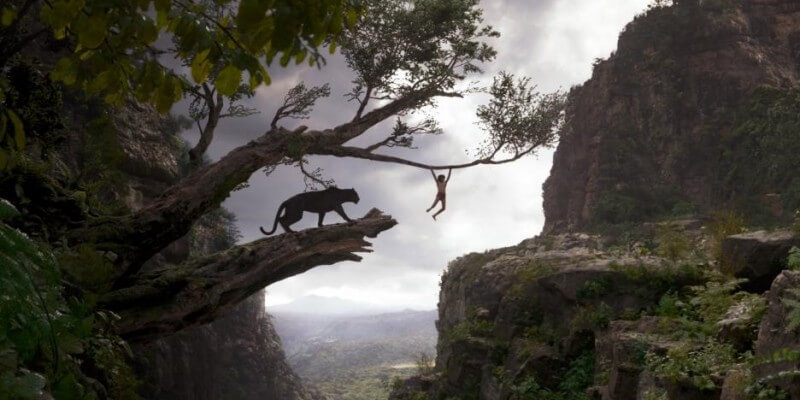 It’s hard to believe just how much creativity and next-gen film technology is packed into each frame of Jon Favreau’s visually stunning remake of “The Jungle Book,” but thanks to the new 3D Collector’s Edition available today Nov. 15, fans can now get even deeper into the action with an incredible 3D Blu-ray presentation and even more bonus content to enjoy.

The deluxe three-disc package has a handsome 3D lenticular cover and not only includes the special features from the initial August release of the global smash hit, but also packs in an even larger scope of how it all came together. There’s a comprehensive and well-deserved look at the revolutionary new techniques that were used to create the world around newcomer Neel Sethi, the film’s only human character, Mowgli, and it also hits the streets of New Orleans with star Bill Murray for a live rendition of the classic song “I Wan’na Be Like You” with Dr. John and Kermit Ruffins.

None of the new special features are particularly lengthy but are nonetheless worth the time to delve into. “Developing Kaa” is an impressively detailed demonstration using the original early animatics that helped construct the scene in which Kaa and Mowgli meet. It’s always fun to hear such a familiar tune such as “The Bare Necessities” in several languages with “The Jungle Book Around The World,” which seamlessly allows the viewer to hear how everyone else heard the movie. (The French Canadian voice guy can really sing!)

“The Return of a Legend” features Disney songwriter extraordinaire Richard Sherman back in the studio to record a new demo for “I Wan’na Be Like You” with additional lyrics. Favreau wisely brought back the Disney legend to work on the new version and it’s a treat to see him doing what he does best as he rolls up his sleeve and gets to work. Try not to smile when Favreau remarks that Sherman “nailed it” when recording the vocal guide track or when he listens back to his singing as the animatronic plays in front of him. “The Jungle Effect” is another great new feature that consists of a montage of many memorable clips from the film as they were shot and then the final look gradually layered in. All of the content is also available for streaming on Disney Movies Anywhere and Digital HD thanks to the handy codes inside.

The true star of the collection is of course the 3D disc and you’re either going to want to spring for a 3D TV or designate this film as one of those “demonstration discs” to show off if you do own one because “The Jungle Book” almost begs to be seen this way, especially if you saw it in the theaters in 3D.

The entire list of bonus features for “The Jungle Book” 3D Collector’s Edition: