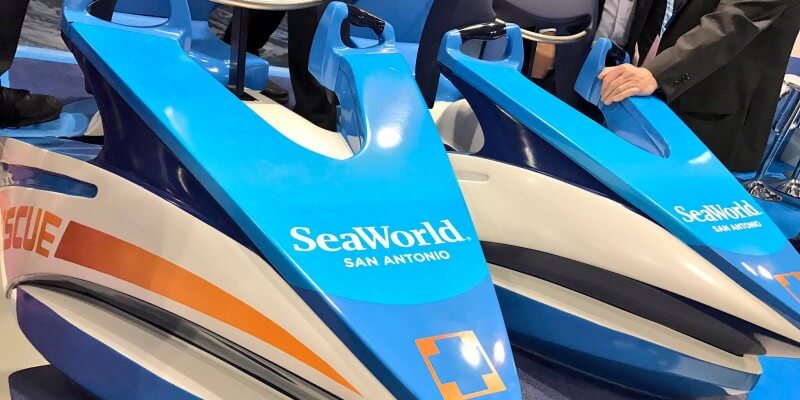 Have a look at them below: Carl Lum, President of SeaWorld San Antonio, was on hand to help introduce the new cars for the double launch coaster. The new $18 million ride is scheduled to open in the summer of 2017 and “will reach heights of up to 61 feet, with the majority of the coaster’s 2,600-foot track directly over water, creating the sensation that riders are surging across the park’s Ski Lake,” according to Travelweek. The new attraction aims to simulate animal rescue operations as it zips guests along its 2,600-foot-long track over Ski Lake utilizing the new ride cars.

Photos by Adam McCabe for Inside the Magic, concept art courtesy of SeaWorld.