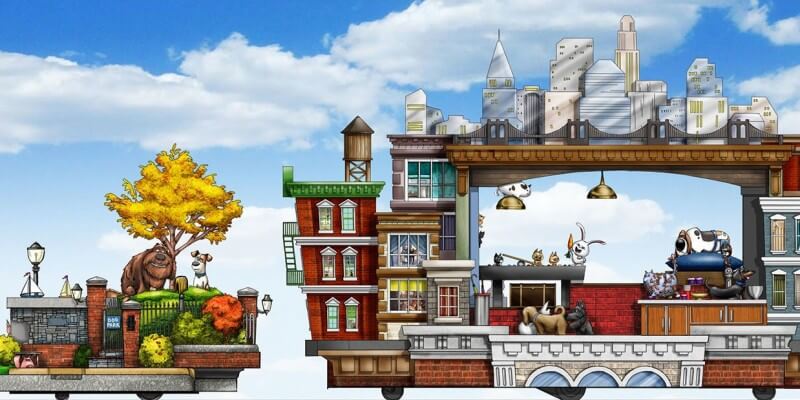 Back in 2012, Universal’s Superstar Parade debuted on the streets of Universal Studios Florida, bringing popular characters to life in a procession that delighted kids of all ages.

Now Universal is adding a new attraction to the parade: inspired by this year’s smash hit “The Secret Life of Pets”, the new double float delivers your favorite characters from the popular movie, plus a fun musical performance. The first of two “Secret Life of Pets” floats is themed around fall in Central Park, and features Max and his loyal friend Duke. The second (and main) float is themed around the apartments of New York City, where viewers of the parade will get a peek at what pets (including Leonard, Gidget, and Chloe) do when their owners are away.

As if that weren’t enough, parkour performers and dancers will add extra energy to the float to the rhythm of a rock n’ roll soundtrack. Plus, guests will be able to interact with the stars of the movie and the parade several times throughout the day during a special show in front of Mel’s Drive-In. The “Secret Life of Pets” float and interactive show will debut at Universal Studios Florida in December.