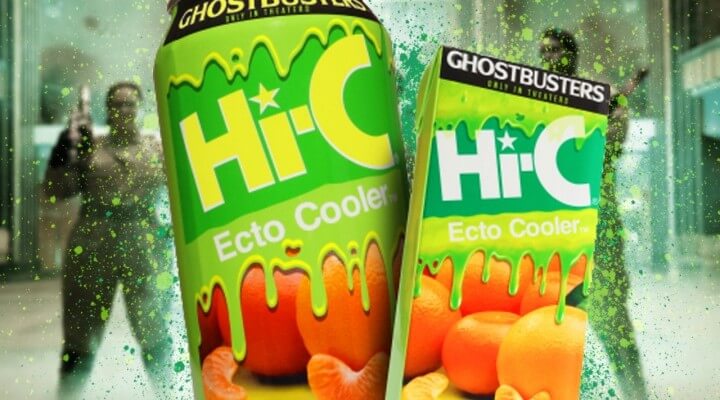 No matter what your feelings were about the new Ghostbusters film, I think we can all agree on one thing: arguably the best thing to come out of this new attempt at bringing the Ghostbusters franchise back to life was the triumphant return of Hi-C’s Ecto Cooler beverage.

The eerie looking green beverage was a smash hit in the lunch boxes of children of all ages in the 90s, and remains somewhat of a point of nostalgia up until this year when the company re-released the juice flavor en mass. I don’t know about you guys, but I went straight to Amazon Pantry the moment I heard you could buy them by the case (in can form!) via the Internet. Seriously, is there anything better than having one of the most delicious beverages to hit shelves delivered directly to your doorstep? I think not. Don’t argue with me.

Now, in a sad bit of news, Hi-C as officially announced that they will once again be ending production of Ecto Cooler at the end of the year. I would pour one out for my fallen juice-brothers, but I don’t want to waste a drop. Here’s the official announcement, via their Facebook page:

I don’t know why they’re stopping, and I certainly hope it’s not for lack of sales, but I hope the company will actively attempt to bring it back for the Halloween season every year. If they release it seasonally, maybe they will find a little more success in selling them to a willing audience. Basically, make it your “go-to” halloween beverage — pumpkin-spiced lattes be damned.

But man, what a bummer. Rest in peace, Ecto Cooler.