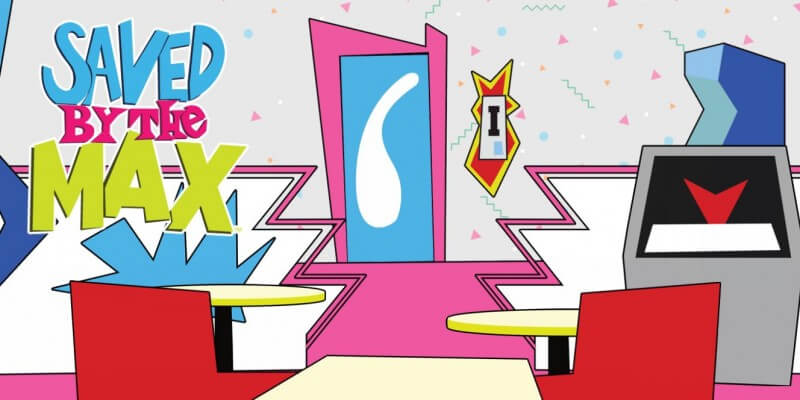 This summer something special happened on W North Ave in Chicago, Illinois.  The nineties returned with a vengeance as a new pop-up restaurant, Saved by the Max (inspired by the hit series Saved by the Bell) opened its doors. With the appearance of a page torn out of the Bayside High School 1990 yearbook, the brightly colored diner could easily pass for a time capsule for the decade that ended the 20th century. This Diner and Bar is open from 5 pm to 1 am and reservations are strongly encouraged.  With appetizers like Mac & Screech (“locker stuffing mac n cheese”) and entrees like Five Aces Omelette or Mr. Dewey’s Honey Buttermilk Biscuits and Gravy, the ‘Bell theme has a variety of diner fare that’s sure to make the grade. Adult beverages include THE LAST DANCE, THE ERIC, MISS SIMPSON and more; or for a non-alcoholic drink try the 1-900-CRUSHED, MR. TUTTLE’S FLOAT or  CREAM FOR A DAY Visit Saved by the Max‘s Facebook page or website for more information about this delightful diner. Also, since this is a pop-up diner, Saved by the Max will only be around until the end of 2016, so be sure to make your reservations now (strongly encouraged as there is limited dinner availability for walk-in traffic).

Images: Saved by the Max Website  Source: The Nerdist