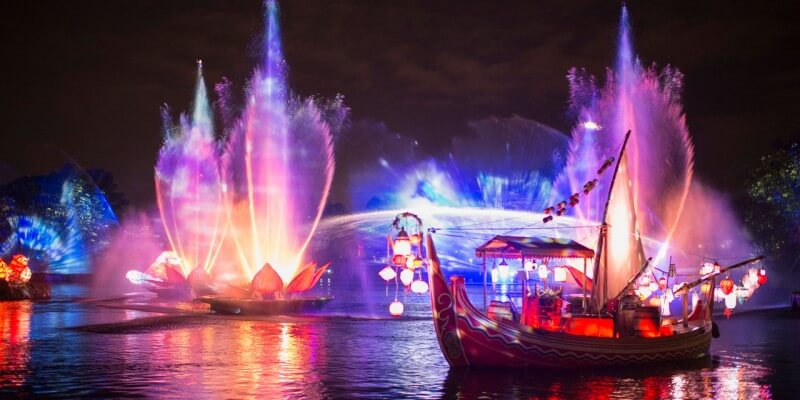 Kenny the Pirate reports that a special Cast Member preview of Animal Kingdom’s new nighttime show Rivers of Light will be offered to Cast Members very soon! This is inferred, speculative information from a variety of heresay — so take it all with a grain of salt until something official is announced. But it’s looking pretty good.

The show had been delayed for a significant amount of time after being previewed by members of the press some months ago. Since then, the replacement show The Jungle Book: Alive With Magic was added in sort of a rush to mixed reviews.

The dates and times are Sunday, Nov. 27 and Monday, Nov. 28 at 8 p.m. and Cast Members are being allowed to pick up their complimentary tickets for the free CM preview. This means that the debut of this nighttime spectacular should be right around the corner. And you bet we will have full video for you when it premieres.

For all things Disney Parks, stick with Inside the Magic!