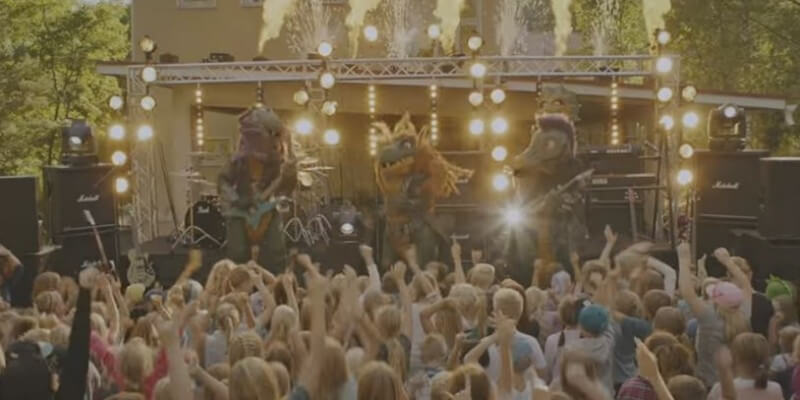 In what looks like a cross between Teenage Mutant Ninja Turtles and the ABC TV show Dinosaurs, Hevisaurus a popular heavy metal band of performing rock dinosaurs (and one fire-breathing dragon).  Look out Barney, this power metal group is geared to children, as these prehistoric rockers, bloodthirsty as they might be, still enjoy their milk and cookies. With seven albums under their scales and a feature film in the works (due out in November), the recently unearthed band has found its niche in the land of Viking rock and trolls. Have a listen and let us know what you think!

Comments Off on Why, yes, there IS a Dinosaur Heavy Metal Band in Finland; they’re called Hevisaurus