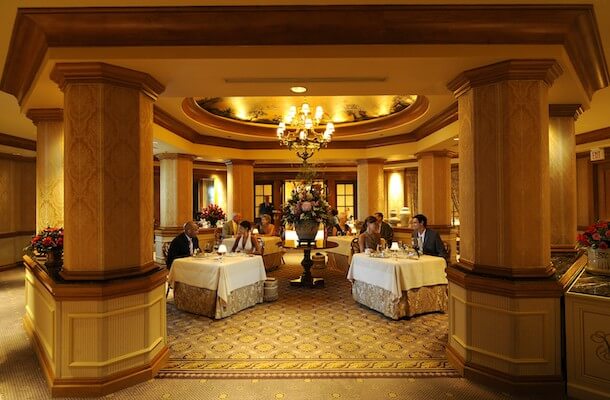 Disney’s Grand Floridian Resort & Spa recently got high praise from TripAdvisor’s 2016 Traveler’s Choice Awards for their fine dining restaurant, Victoria & Albert’s, when it was voted No. 2 in the United States. The dining establishment is the only restaurant in Florida to grace the prestigious list, but as a AAA Five-Diamond Award winner, it isn’t surprising that it has garnered this attention.

“In 2016 the award-winning dining room added a Chef’s Degustation Menu, a series of 10 small courses, along with the seven-course Chef’s Tasting Menu. The smaller Queen Victoria Room offers a 10-course menu paired with exclusive wines from the restaurant’s impressive cellar, and there is a Chef’s Table for up to eight guests in the kitchen.” This may account for some of the incredible reviews that V & A’s has acquired over the past year to bring it to such a high-ranking position–a position determined by an algorithm that quantifies and qualifies reviews on Trip Advisor. These reviews number in the hundreds of millions, cover establishments world-wide and canvas a 12-month period. For this reason, this award carries a great amount of weight.

The other establishment’s listed at the top of the list rank as follows: