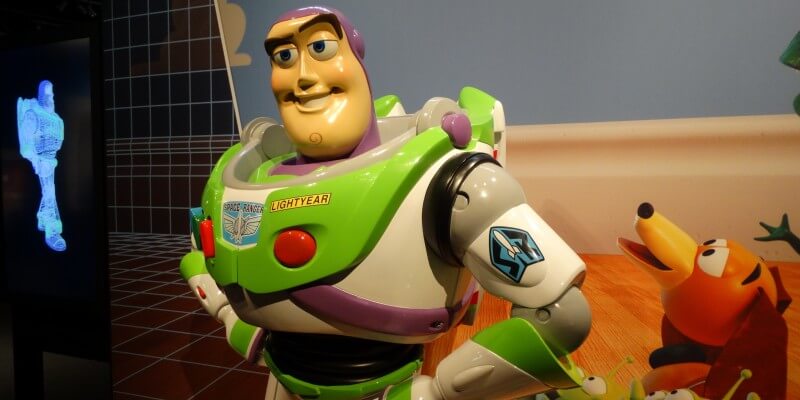 It’s hard to believe Pixar Animation Studios has been releasing features films into theaters for more than twenty years. It almost feels like yesterday that the original “Toy Story” came out and set a new standard for animated storytelling, and ushering in a state-of-the-art revolution in the way animated movies are made.

Now children and adults alike have the unique opportunity to discover just how Pixar’s films come together at “The Science Behind Pixar” exhibition, which originated at the Museum of Science in Boston last year and has been touring around the country at other museums and learning centers ever since. This past weekend, “The Science Behind Pixar” made its debut at the California Science Center in Los Angeles’s Exposition Park, near the University of Southern California. I was fortunate enough to attend the media preview this past Thursday, get a thorough look at the exhibit, and interview some of the creative minds on hand, including a representative from the museum and talent from Pixar itself.

“Finding Dory” producer Lindsey Collins was in attendance at the media preview to give her perspective on the exhibit as a Pixar veteran and an appreciator of education in the arts and creative sciences.

Pixar’s Vice President of Production Tom Porter was also available at the event to discuss his input on the exhibition, his history with the company, and what he believes to be the most difficult concepts to get across when teaching kids about computer-based animation.

My final interview of the day was with Tony DeRose, a Senior Scientist at Pixar, who comes from a more technical background, and was one of the science advisors from Pixar who were instrumental in getting the museum exhibit off the ground.

“The Science Behind Pixar” exhibition is a wonderful learning resource for kids and families alike, and a perfect destination for anyone who wants to know more about how Pixar works its magic. The exhibit can sell out, especially on busy weekends, so be sure to visit the official California Science Center website for advance tickets and more information. Comments Off on VIDEOS: “The Science Behind Pixar” exhibition teaches kids the basics of animation at California Science Center