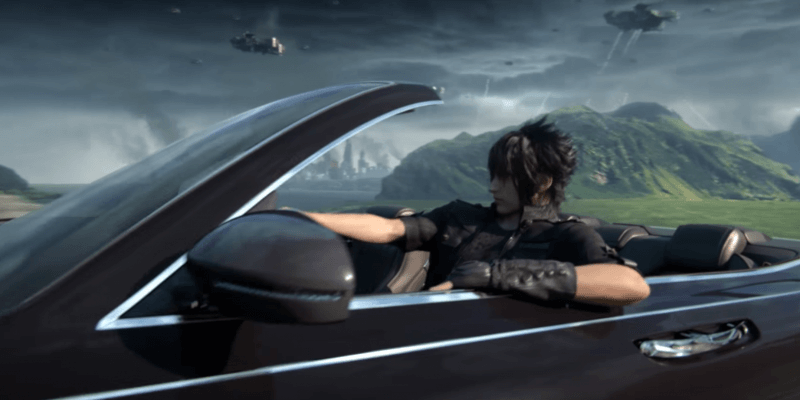 There is nobody quite like a diehard Final Fantasy fan: they’re loyal to the core, forgive regularly the series’ many missteps, and they’ll pretty much consume anything the series puts out regardless of quality. Unfortunately, I fall into that gross category — but it’s time we all admit the series has been through a bit of an identity crisis as of late.

Don’t get me wrong, I still play Final Fantasy XIV online regularly and I’m slowly falling in love with World of Final Fantasy which released this week. But despite demos and actually playing it at E3 this year, Final Fantasy XV has yet to truly convince me that it’s trying hard to be a proper Final Fantasy game.

Yesterday, Square Enix dropped what they call the “Omen” trailer. It’s a full cg-animated trailer featuring our hero Noctis battling his inner demons and traversing (creatively) many of the games real-life-inspired settings. While I wish it could have included at least a little actual gameplay, this trailer makes the epic world of the game finally start to feel real and lived in. It’s what we needed as Final Fantasy fans to hammer home that just maybe these storytellers have their heads in the right place.

Final Fantasy XV hits shelves on November 29, 2016. So what do you think? Are you ready to get your hands on the newest chapter in this iconic franchise? Let me know in the comments below, and stick with Inside the Magic for all things fun and awesome!

Comments Off on VIDEO: New trailer for ‘Final Fantasy XV’ is equal parts cryptic and exhilarating