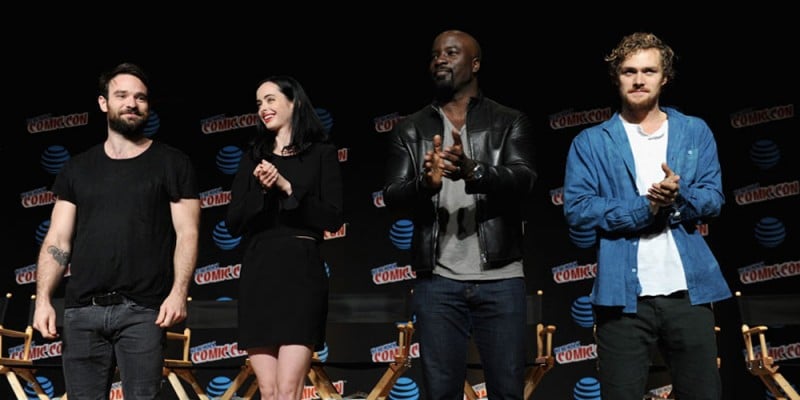 New York Comic Con was abuzz this weekend with major news from the Marvel Cinematic Universe. This is due primarily to the fact that the cast of The Defenders, the coalition of heroes from Marvel’s Netflix branch of their film universe, took center-stage at a panel to discuss plans for the upcoming series.

Jessica Jones (Krysten Ritter), Daredevil (Charlie Cox), Luke Cage (Mike Colter) and Iron Fist (Finn Jones) all took the stage for the very first time to uproarious applause, and the rest is simply awesome. Check out this video from ComicBook.com for the whole shebang — might need to fullscreen it:

For all things Marvel Cinematic Universe, stick with Inside the Magic!

Comments Off on VIDEO: ‘Marvel’s The Defenders’ take the stage for the very first time at NYCC