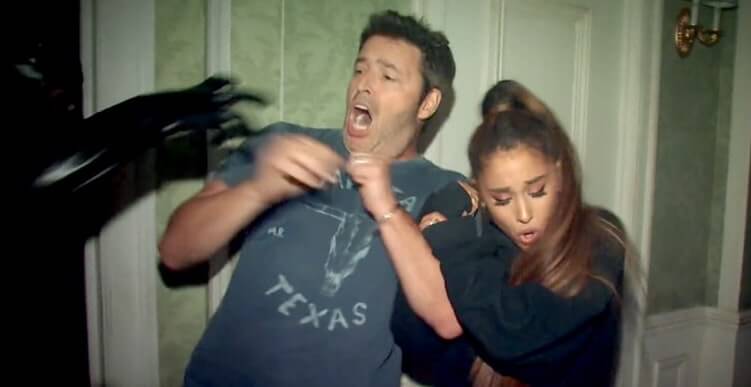 If any of you have been to the American Horror Story house at either Universal Orlando or Universal Studios Hollywood’s Halloween Horror Nights, you know that they don’t hold back on the frights. Granted, I never thought I’d walk through a haunted attraction being stalked by Lady Gaga…but that’s beside the point.

Now, on a frightfully delicious episode of Ellen Degeneres’ talk show, the host had both her producer and pop megastar Ariana Grande traverse the AHS house, based on the popular Fox series, and the result is hilarious.

Pretty great right? The reactions are priceless. From all of us over here at Inside the Magic, I hope you and your families have a spoopy (yeah, I said “spoopy”) good Halloween!