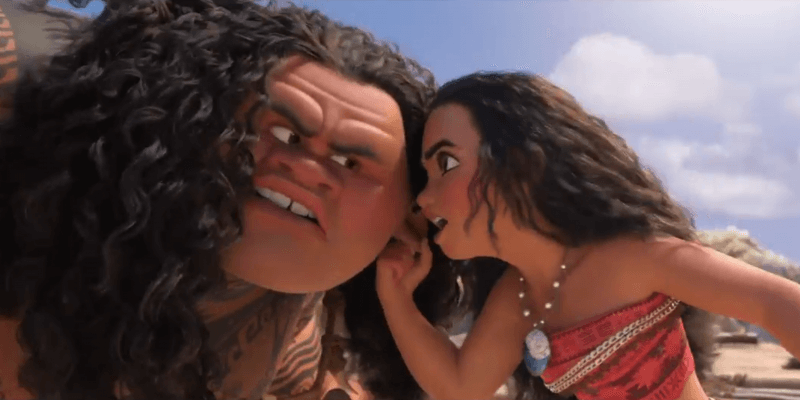 The premiere of Disney’s newest animated feature Moana is just around the corner — and with the theatrical release so close comes the casual leaking (I guess it’s not a leak if it’s intentional) clips to hype us up like crazy! Dwayne “The Rock” Johnson released an all-new clip via Twitter featuring his meatball-esque character Maui providing our heroine with instructions on just how to address such an esteemed and lauded demigod.

A @Twitter EXCLUSIVE: A lesson on how to address the demigod, Maui. Enjoy the clip! #MoanaMondays ?? pic.twitter.com/7p0zxhH0VH

So what did you folks think of the clip? Are you ready to finally experience the next chapter in Disney’s animated library? Let me know in the comments below, and stick with Inside the Magic for all things Disney and Moana!

Comments Off on VIDEO: All-new clip from Disney’s ‘Moana’ gives us a tough lesson on how to address a demigod