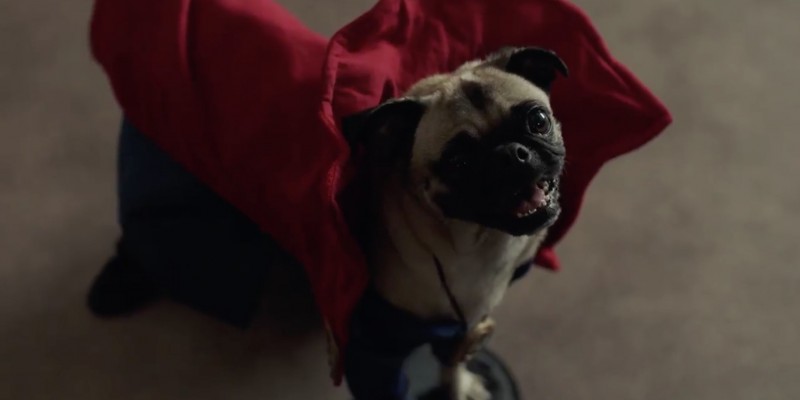 In this aww-inspiring promotional video for Marvel’s “Doctor Strange,” star Benedict Cumberbatch narrates how the Avengers — the Earth’s mightiest superheroes — came to be, starting with Iron Man and the Incredible Hulk, followed by Thor, Captain America, and the rest of the gang. We quickly jump ahead to the introduction of Doctor Strange himself.

Okay, so they’re all dogs dressed up in Avengers costumes for Halloween but admit it, you’d probably want to see a canine-remake of the Avengers anyway after seeing the adorable results.

“Now it’s time for a new hero to rise, one who will fight to protect the very fabric of reality itself,” Cumberbatch says standing next to his pug counterpart. Does this tiny new Doctor Strange do anything to prove his awesome mystical powers? Click on the video to find out!